DDA board votes to use a different attorney than the village

By Megan Kelley Review Writer Lake Orion’s Downtown Development Authority Board of Directors met Aug. 10 and discussed and ultimately voted to change their legal counsel to a different representative at Beier Howlett, the same firm contracted by the village. This decision follows months of legal sparing between the village and DDA board member Orion […]

‘Losing is not an option’ Lake Orion’s Pink Out night returns Oct. 1

It’s the one day that Dragon Stadium isn’t a sea of green and white, but a proud pack of supporters wearing pink to honor those who are battling cancer, cancer survivors and to remember those who have been lost to cancer. The Lake Orion High School varsity football team hosts its annual Pink Out game […]

The Lake Orion Downtown Development Authority Board of Directors voted on Aug. 10 to approve the purchase of a memorial to honor Anthony Reighard, a local resident who passed away on Jan. 23, 2021. Reighard was a past DDA board member and owner of M & B Graphics on Broadway Street in downtown Lake Orion. […] 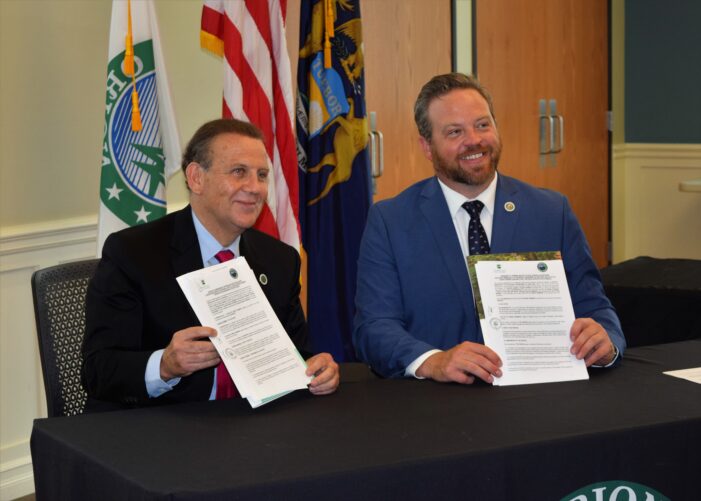 By Jim Newell Review Editor Orion Township now has a friend 3,810 miles away in the City of San Borja, Peru. Alcalde Dr. Alberto Tejada Noriega, the mayor of San Borja, Peru, and his delegation of Public Health Manager Diego Venegas and Secretary General Leydith Valverde visited the township and Rochester Hills on Thursday as […]

What is the Village of Lake Orion hiding?

A Lake Orion Review column by Editor Jim Newell In our Democratic-Republic form of government it is not only permissible to question our leaders, it is our duty as citizens. Why, village leaders, did you schedule and then cancel a public hearing to remove Orion Township Supervisor Chris Barnett from the Lake Orion Downtown Development […]

Heights rd. expected to close to through traffic Aug. 16-18

The Road Commission for Oakland County (RCOC) announced this week that Heights Road between Lapeer Road (M-24) and Pine Tree Road is expected to be closed to through traffic beginning on Aug. 16 and through Aug. 18 for work on township sewer structures in the roadway. The work involves adjusting township sanitary sewer structures and […]

The Road Commission for Oakland County (RCOC) will present its proposed Fiscal Year 2022 budget at a public hearing Thursday, Aug. 19, at 6:30 p.m. at the Oakland County Board of Commissioners Auditorium, 1200 N. Telegraph in Pontiac. The public is invited to attend the hearing and offer input on the proposed budget. RCOC’s fiscal […] 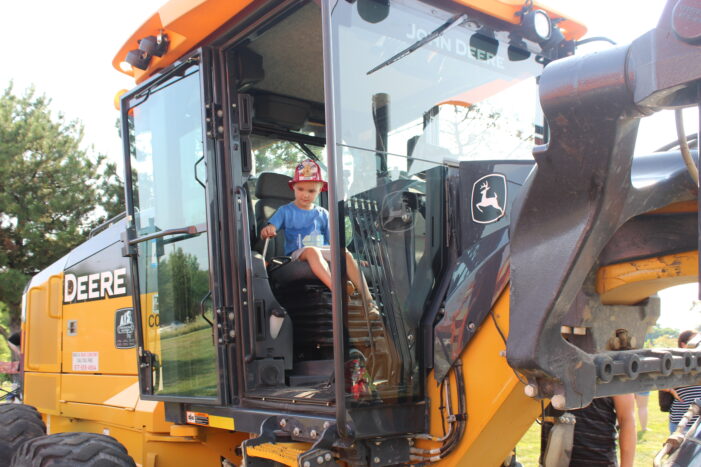 Orion Township held their annual Big Rig Gig on Saturday featuring large trucks, buses and other emergency vehicles for families to take an upclose look at. Children of all ages were welcome to sit inside the cars, honk the horns and feel what it’s like to sit in the drivers seat. Vehicles from the Orion […]

By Megan Kelley Review Writer After nearly nine-and-a-half years, the Orion Township Library is saying farewell to Library Director Karen Knox. Knox was hired back in April 2012, succeeding Linda Sickles and bringing with her a great deal of knowledge and experience with technology. Since her arrival, the library has undergone quite a bit of […]

LOCS to receive per pupil increases from state

By Megan Kelley Review Writer At Lake Orion Community Schools Board of Education meeting on July 21, Superintendent Ben Kirby provided the board with several new legislative updates, including an increase in per pupil funding. Governor Gretchen Whitmer approved and signed the $17.1 billion school aid budget earlier in the month that included an increase […]