The village council voted 6-0 to create two ad-hoc committees and appoint members during its regular meeting on July 12. Council President Pro Tem Jerry Narsh was excused from the meeting. The council appointed President Ken Van Portfliet and Councilmembers Michael Lamb and Sarah Luchsinger to the Engineering Proposal Review Ad-hoc Committee for a term […]

The council voted 6-0 on Monday to appoint Ralph Putz to the village’s Board of Zoning Appeals (BZA) for a three-year term expiring June 30, 2024. Council President Pro Tem Jerry Narsh was excused from the meeting. Putz replaces Jeff Sutherland, who informed the village he would not be continuing on the BZA after his […]

The Lake Orion Village Council voted 6-0 to approve the permit for the Lake Orion Police Association and Golling Buick GMC to host the Kids & Kops Car Show fundraiser on July 31. President Pro Tem Jerry Narsh was excused from the council’s regular meeting on Monday. The classic car show is planned from 8 […]

Real Men of Orion to host Boobs, Tubes and Dudes 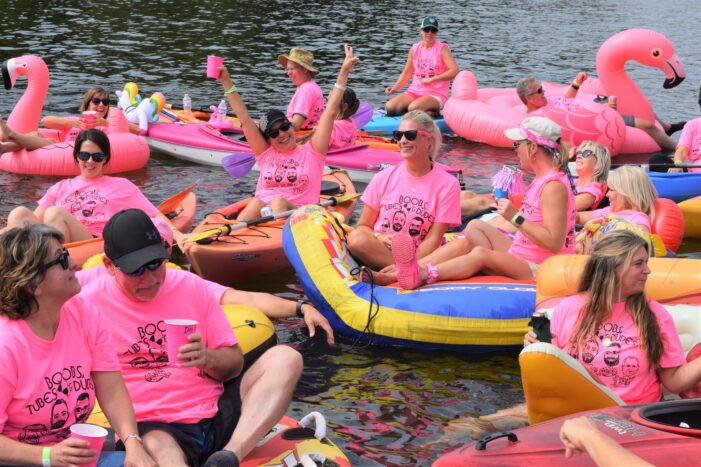 It’s time for the annual Boobs, Tubes and Dudes charity event brought to you by the Real Men of Orion. Join the Real Men of Orion at 12 p.m. on August 1 at Camp Agawam for a splash filled day to help raise money to fight breast cancer by hosting exciting Pink-Out events. Bring your […]

Village of Lake Orion will not issue a retraction, apologize to Orion Twp. Supervisor Barnett

The village ‘engaged in no wrongdoing’, attorney says By Jim Newell Review Editor The war of words between the Village of Lake Orion and Orion Township Supervisor Chris Barnett continues to escalate, with the village’s attorney now saying that the village did nothing wrong and will not apologize for its attempt to remove Barnett from […]

Man, young passenger in serious condition after a head-on collision on Indianwood Road on Thursday

Board of Education members McQuiston, Weidman recognized for years of service 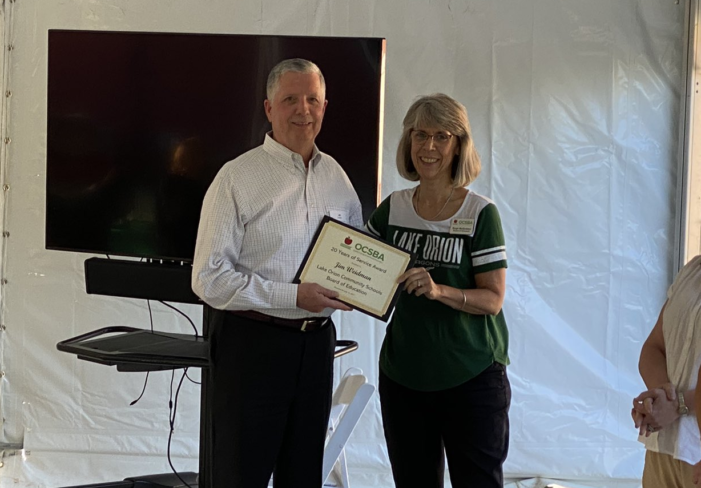 President Jim Wiedman and vice president Birgit McQuiston of Lake Orion Community School’s Board of Education were honored by the Oakland County School Board Association last month for their years of dedication and service. Wiedman was recognized for his 20 years of service to the community on the school board and McQuiston recognized for her […]

By Megan Kelley Review Writer Lake Orion Community Schools continues to make progress with bond work with the approval of a bid award for an athletic storage building. The building is set to be built at the Lake Orion High School football stadium site, which will house a good deal of equipment. Currently, athletic and […]

Registration for the Michigan Senior Olympics in Rochester are open now for the MSO Summer Games. The games will be taking place August 6-16 and 22 with a couple team sports scheduled in September. Events will take place throughout Oakland and Macomb Counties with over 1,000 athletes will come from all over Michigan to complete. […]