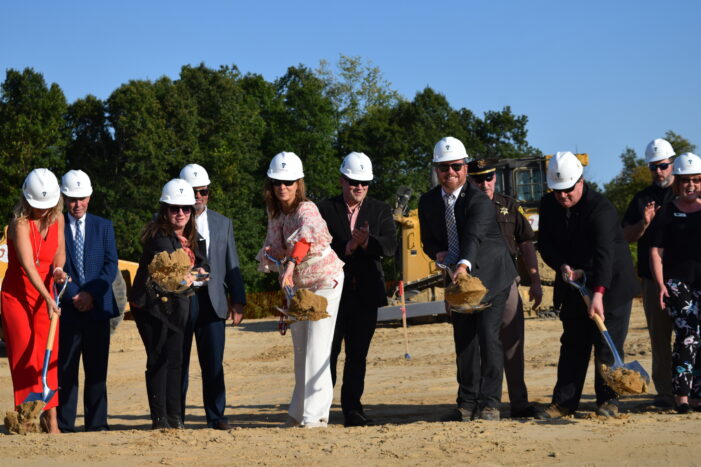 Scores of people, from local officials to teams of builders and architects, township employees and sheriff’s deputies joined the Orion Township Board of Trustees at an official groundbreaking ceremony on Monday for the new Municipal Complex.

The Municipal Complex is being built on a portion of the nearly 77 acres that the township acquired from a land swap with the Michigan DNR. The acreage is on the east side of Joslyn Road, south of Scripps and north of Greenshield roads.

The $18.4 million complex will include the new Township Hall, a new substation for the Oakland County Sheriff’s Office, ample community meeting space, a full basement, parking lots and walking paths, a large board room and plans for future land development in addition to the extra office and storage space for employees.

“The thing I’m most proud about about this board is, it’s easy in government to do nothing. It’s easy to pay money for studies and put them on a shelf and let them collect dust. The hard thing to do is to come up with a plan and implement it. And this board that’s standing behind me has done just that,” Barnett said.

The township has had four facility needs studies, the latest in 2018, with each determining that the township employees needed more space to operate and grow.

“It’s important to have a team because in life if you don’t have good people around you, you’re not going to be destined for success,” Barnett said. “To see a dream become a reality is really awesome.”

Orion Township also has the longest standing contract with the sheriff’s office of any municipality in Oakland County, Barnett said.

Sheriff Bouchard thanked the township for building a facility that will meet the needs of the deputies going forward.

“It’s critically important to have a facility that serves the needs of the community, but also serves the individual, the men and women that are on the front line. To have the space that’s designed to do the work that they’ve been asked to do,” Bouchard said. “So that’s been one of my focus as sheriff…to get them the right equipment, the right facilities and the right training so that they can better serve you and go home to their families at night.”

“We would not be here without an amazing team and I wouldn’t want to do this project with anyone else. We’re so blessed to have such a great team, from the design crew all the way through construction,” Barnett said. “But our construction crew is second to none and the cool thing is they all have roots right here in our hometown.”

Auger Klein Aller (AKA) Architects designed the Municipal Complex, with architect Scott Reynolds, a Lake Orion resident, as the principal designer of the new building. Sam Ashley, vice president of Cunningham Limp, the construction managers on the project, is also a Lake Orion native, Barnett said.

“This plan didn’t come together just yesterday. Previous boards have been talking about this project for about 20 years and thanks to this team here today really made it a reality,” Reynolds said.

The project began a couple years ago when talking about a facilities study and improving the existing building “and made the decision to break ground on a new facility just up the street,” Reynolds said. “The new facility will be about 50,000 square feet, bringing everything up to code and full speed. We’re proud to have the sheriff’s department be on site with their new substation.”

The new Oakland County Sheriff’s Office Orion Township Substation will have space for about 60 deputies and have both men’s and women’s facilities, Reynolds said.

In the current sheriff’s substation, the women’s locker rooms are woefully inadequate, with a moveable locker in a shower stall.

“We’re really excited to give them the home they deserve,” Reynolds said. “Also, the Orion Township staff and Lake Orion residents themselves, I think, will be really proud of this facility.”

Reynolds pointed out that new Township Hall will have meeting space for government employees and community groups, such as homeowner’s associations, and elections.

Reynolds added that AKA worked with township parks and recreation and included in the plans and layout opportunities for future sports fields at the complex. The Polly Ann Trail also runs along the south side of the project, and there is a wetland “where we’ve envisioned some future trail networks,” he said.

“There’s been hundreds of thousands of hours put in on this project. We’re really excited to have it start to come to light and to come out of the ground, and here’s just the start. So, congratulations,” Reynolds said.

The Orion Township Board of Trustees voted 6-1 during its Aug. 17 meeting to move forward with the proposed Orion Township Municipal Complex and hire Cunningham-Limp as the project manager.

And while Steimel was the lone board member to speak out against the project, many residents also opposed the development, which has a higher cost — $18,412,500 – than the $15 million maximum township officials had planned to spend last year when discussing the project.

See the Aug. 12 and Aug. 19 issues of The Lake Orion Review for more on the cost breakdown, project overview and officials’ comments on the project. 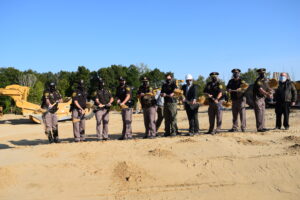 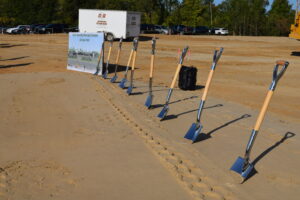 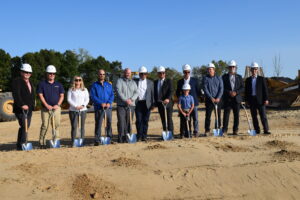 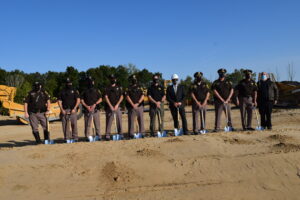 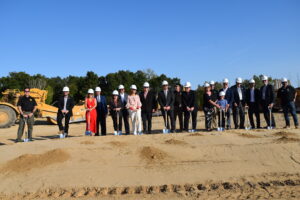 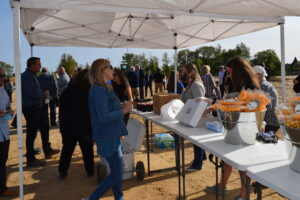 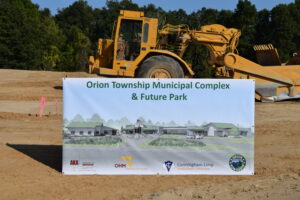 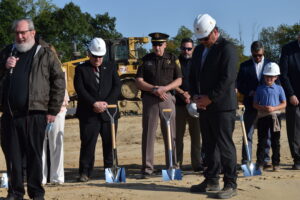 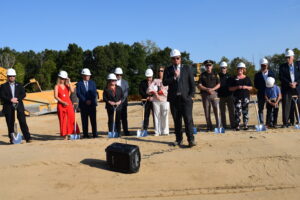 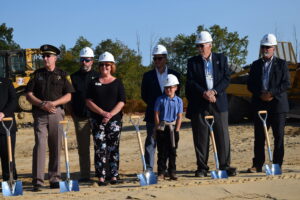