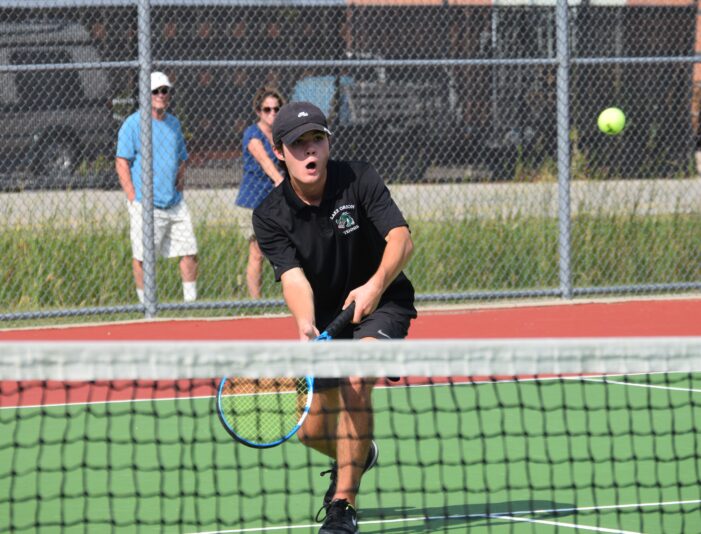 This is the boy’s first loss of the season after defeating Avondale High School on Aug. 20.

Despite the difficult loss, the Dragons are hard at work and feeling good about the upcoming season.

“The guys have been working hard. Obviously, we’re still in the summer, they don’t go back to school for another couple of weeks which is nice for them, they get this extra time to work on their game and train and get in shape,” said head coach Eric Bracciano.

This year, the tennis team had more tryouts than ever with 41 student’s staying on, 14 of which play on varsity.

While all the singles and doubles pairs for Lake Orion couldn’t fight off the Northville Mustangs, resulting in eight clean sweeps, the Dragon’s still have some impressive players to look for including senior team captain Thomas Fluent, singles player Peter Husted and doubles duo Nate Fox and Blake Skibicki.

The Dragon’s are once again competing in the OAA White division and after finishing in the middle of the pack last season, is hoping to move up in the ranks a bit, despite losing a decent amount of depth to graduation.

The boys are back again on Wednesday taking on their rivals the Clarkston Wolves at Clarkston High School.

Dragon tennis kicks off season 1-1 added by mmkelley on September 1, 2021
View all posts by mmkelley →