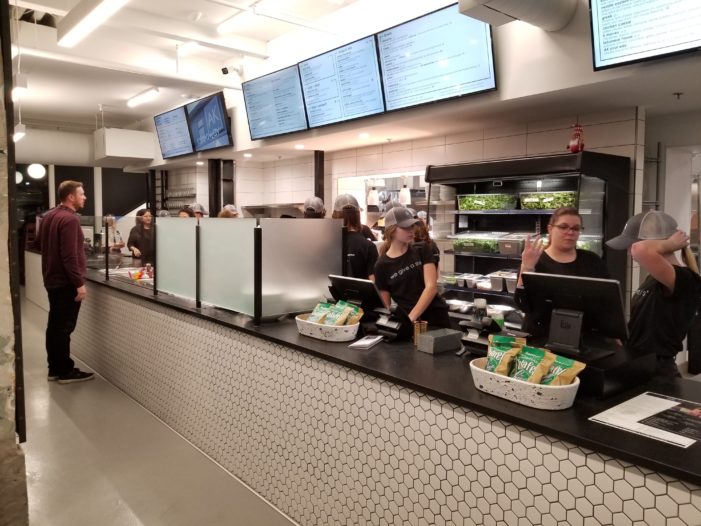 The Orion area has been eagerly awaiting the opening of Anita’s Kitchen in downtown Lake Orion, and the wait to dine on the restaurant’s Mediterranean cuisine is nearly over.

Anita’s Kitchen Lebanese Cafe is now open to the public starting at 5 p.m. today (Dec. 11) and targeting Monday for their official lunch opening, according to Joe Wegrzyn, owner of Anita’s Kitchen.

“We’ve anticipated this day for long period of time,” developer Jack Kabliska said, adding that it feels “great” to have the project nearing final completion and set to open to the public.

The building, located at 45 W. Flint St., was originally constructed in 1970 and has been home to several businesses and has undergone many bouts of reconstruction.

When designing and renovating the building, it was important to preserve the historical character of the building, Kabliska said.

“That was one of the reasons it took so long, because we had to work with the old, the existing and the new,” Kabliska said.

The first floor will offer carryout and the option to dine-in.

Customers will order at a counter where they can watch bowls or salads be prepared in front of them, while hot items such as meats will be prepared in the back of the restaurant.

The first floor will also have wine and beer along with fruit smoothies.

The first floor of Anita’s Kitchen will open at 11 a.m. for lunch everyday.

Upstairs will be reserved for evenings (Tuesday-Sunday) with the plan currently being to open that floor at 5 p.m. for full-service dining.

The upper floor has 54 seats and will be able to be rented out for parties where it is expected to hold up to 60 people for private events.

Once the weather is nice, there is expected to be an additional 30 seats open on the patio.

“We can’t wait to actually get this next week under our belt and go from there,” said Wegrzyn. “The last six to eight weeks, it was all man-power…those who have joined us are so fantastic and we’re so excited to move forward with them.”