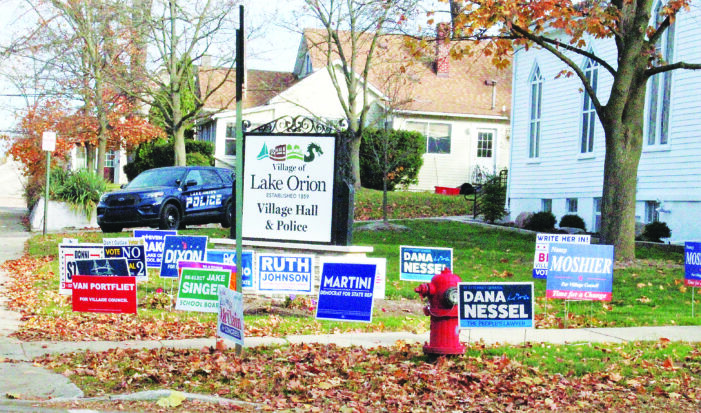 Re: “Time to remove election signs from village, police property for good,” Letters to the Editor, Lake Orion Review, Nov. 16, 2022.

The Nov. 16 edition of The Lake Orion Review published a letter from a village resident stating, “I would like to say that I hope in the future there will be no political signs displayed on the Village Hall and Police Department Property.”

As the individual who put the signs up at that location I am compelled to respond.

First the facts: The signs that I put up were for all of the Republican candidates plus non-partisan Judge Warren, Justice Zahra and locals Jeff Simek and Steven Drakos. The signs were put up Monday evening before the election at about 4 p.m. and were removed Tuesday night after the polls closed.

The signs were legally placed at least 100 feet from the polling place entrance. A team of Orion residents similarly placed the same signs at all 15 polling places in Orion Township on Monday evening and removed them Tuesday after the polls closed.

I cannot take any responsibility for the placement of Democrat signs or their failure to remove them after the election.

It is my First Amendment right to express my support for these candidates. The State of Michigan acknowledges this fact and regulates it with a few stipulations, which most political volunteers happily comply with.

Any attempt to interfere with such right to free expression will be vigorously addressed through our legal system.