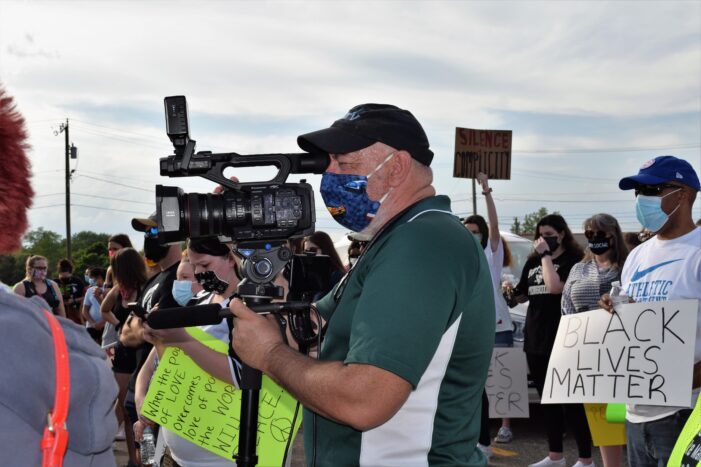 Orion neighborhood Television was announced a recipient of a 2020 Hometown Media Award from the Alliance for Community Media Foundation. The awards program was established to honor and promote community media and local cable programs that are distributed on Public, Educational and Governmental (PEG) access cable television channels.

Station manager Joe Johnson and ONTV volunteer Stacy Calloway received the award for the 2018 Year In Review newscast in the News: Access Center Professional category. The newscast is a recap of the stories produced at ONTV throughout the year. The program aired at the beginning of 2019.

“We’re very proud of ONTV News and we think it ranks up there among the best public access newscasts in the country,” said Joe Johnson. “We submitted ONTV News: 2018 The Year in Review because it showcases the work we did throughout the year. Winning this award reaffirms our efforts to put out a high quality news program for the residents of the Lake Orion community. I hope the community is as proud of this award as we are.”

Each year, a panel of judges evaluates over a thousand entries based on several factors including subject, experience and budget. Awards are then presented to the most creative programs that address community needs, develop diverse community involvement, challenge conventional commercial television formats and move viewers to experience television in a different way. Proceeds from the awards program are used exclusively for facilitating, preserving and promoting education in community media.

“The Hometown Media Awards celebrate both the excellence of work and the diversity of media that appears on community channels being produced around the country. The ACM Foundation is proud of their achievement and of how they represent their communities in their work,” said Mike Wassenaar, president and CEO, Alliance for Community Media.