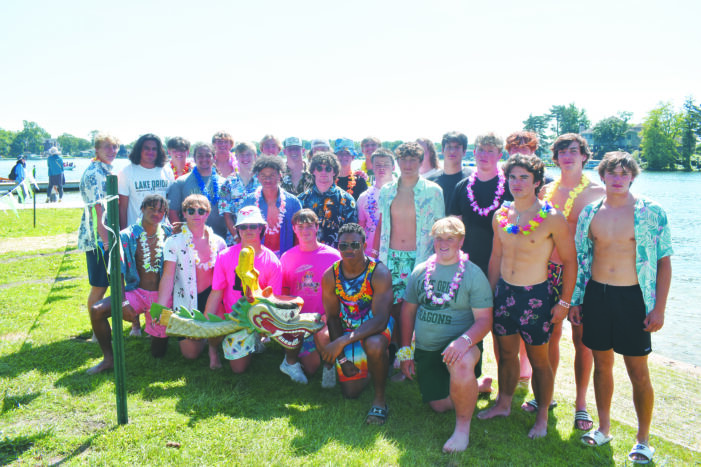 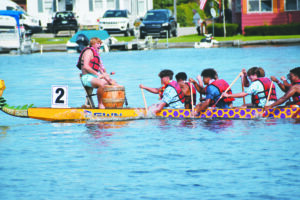 The race, the brainchild of Orion Art Center Board of Directors President Amy Cole, featured three races between Lake Orion, Rochester Adams and Stoney Creek. The races were designed to bring local high school teams together for team-building and to support local charities and causes.

Lake Orion won all three races decisively; Stoney Creek was second and Adams was third.
Rochester High School, the Lake Orion track team and Oxford High School had originally committed but pulled out before the races.

Cole and Adams’ Assistant Coach Jeff Schmitz had approached teams to join the race in dedication to the students and staff affected by the tragedy in Oxford last November.

Orion Art Center board President Amy Cole thanked all of the teams for coming out and supporting Oxford, the Art Center and the community. Cole said she was grateful for everyone “coming together” in friendly competition for the event.

“They listened (to commands) and we’re fun. They’re a good bunch of guys,” Scott said.

The Rochester Adams team lost all of their races but never gave up and showed sportsmanship. Cole awarded the Highlanders the Team Spirit Award,

noting that Adams was the first team to commit to the Showdown. “You were first to the table and you brought all of your family and friends,” Cole said. “We really appreciate you.”