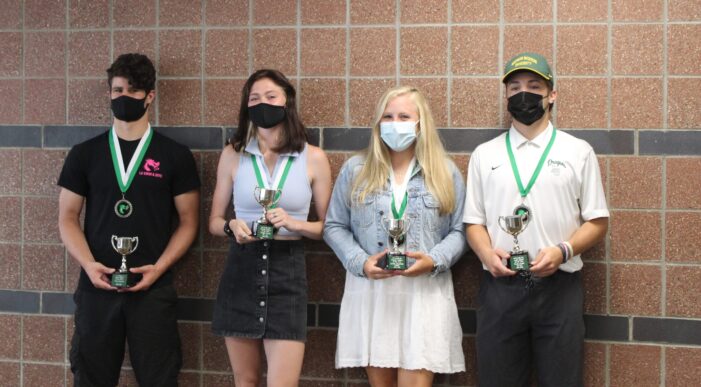 Kade Manzo, Dane Herrick, Sophie Novak and Sydney Myszenski were all given medals to be worn at graduation, as well as a trophy for their accomplishments.

“All of these athletes are difference makers. They have been leaders of their teams and their personal dedication to their sports and academics have been great examples for teammates and all student athletes.

“All play with a love of their sport and their enthusiasm is contagious. They are all most deserving of this recognition as the class of 2021 Outstanding Athletes,” said LOHS Athletic Director Chris Bell.

The athletes were also joined by LOHS Administrators, including principal Steve Hawley, associate principal Kyle Meteyer and assistant principals Vernon Burden, Gretchen Hynes and Athony Palmeri, all of whom congratulated the athletes on their accomplishments.

Herrick spent his high school athletic career as a member of the LOHS swim and water polo teams where he was also captain of both teams.

Herrick was the top point scorer for the swim team over the last two years.

During both his senior and junior year season, Herrick qualified for the MHSAA State Meet and this past season was the Oakland County Co-Champion in the 50-meter freestyle and finished as state runner up in the 50m freestyle.

Herrick was also the league champion in the 50m freestyle, 100m freestyle and was a part of the winning 200m freestyle relay team. He was among the top 25 in the state of Michigan for swimming recruits.

Herrick was also a top scorer for the Lake Orion water polo team, leading the team to their first regional run in program history.

Herrick graduates from LOHS with a 3.93 grade point average and will be attending Oakland University where he will join their men’s swim team.

In her time at LOHS, Myszenski was a member of the school’s sideline cheer, competitive cheer, power lifting, lacrosse and equestrian teams, making her the school record holder for most varsity letters earned in a high school career with 14.

Myszenski also filled the role of captain for several of her teams.

Myszenski was one of the leading scorers during her senior lacrosse season, netting 32 goals and helping lead the team to a school record of 17 wins and a league championship.

Myszenski graduates from LOHS with a 3.89 GPA and is attending Kalamazoo College where she will join their women’s lacrosse team. 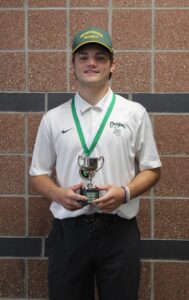 In his four years at Lake Orion High School, Manzo was a three sport athlete playing football, hockey and lacrosse. He has also been a team captain for all three sports.

This spring, Manzo was recognized by the Michigan High School Coaches Association as the Class A MHSCA Rich Tompkins Multi-Sport Award Winner for the state of Michigan.

Manzo graduates with a 3.49 GPA and will be attending Northern Michigan University where he will be playing football. 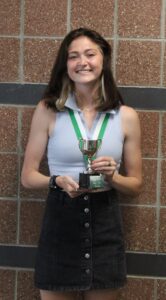 Novak wraps up her high school career as the greatest female distance runner in school history.

She has been a state qualifier in both cross country and track all four years of her career and currently holds school records in cross country for the 3,200 meter run and the 1,600 meter run, where she ran a mile in less than five-minutes.

Novak was the captain of both the girls cross country and track teams at LOHS.

Novak graduates with a 4.12 GPA and is attending the University of Notre Dame where she will be a part of the women’s cross country and track teams.

Lake Orion honors LOHS Athletes of the Year added by mmkelley on June 16, 2021
View all posts by mmkelley →