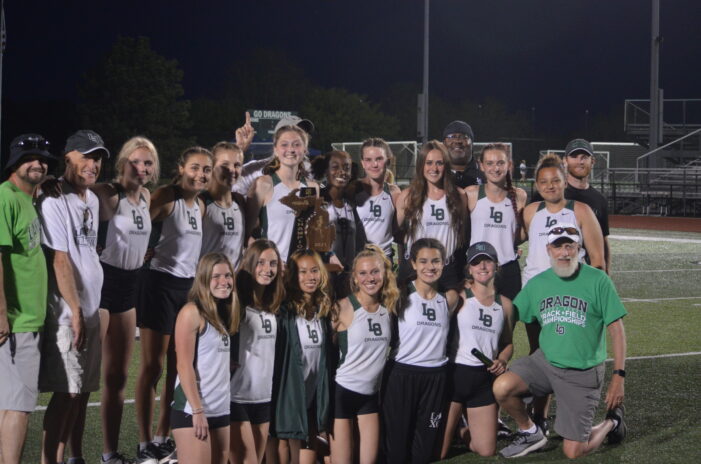 “This was the big night for individuals to qualify for the state meet. But there is also a team regional championship at stake. After a fourth-place finish at the 10-team OAA League meet, the girls were able to put it all together to upset the favorite, Adams, for a 16-point victory,” said Coach Stan Ford. “Field events were big (point getters).”

Freshman Bella DeLong and junior Liz Hoffman scored valuable points in the Discus, and Hoffman also was fourth in the Shot Put.

Keogh came back later as part of the fourth place 4 x 200m relay, and individually was fourth in the 200m dash, along with sophomore Cadence Teasley placing sixth.

Junior Alayna Tisch had a great day, winning the 100m dash and the 300m hurdles, along with being on the winning 4 x 100m relay.

Cate will also be competing in the Pole Vault and 100m Hurdles.

On the boys side, four individuals were able to qualify for the state meet.

Junior sprinter Stephen Brown was second in the 100m dash, and then third in the 200m dash, qualifying by time.

Senior Nicolas Laurent was third in the 1,600m run, qualifying by time, and sophomore Luke Peardon was second in the 800m run with his personal best, also qualified.

“And last but not least, sophomore Caleb Jones was Regional Champion in the Long Jump with his personal best,” Ford said.

Other top performances included Joey Owczarek placing seventh in the long jump. Senior Drew Knieper was third in the discus with his best throw of the season. Junior Josh Trudell’s season personal record garnered him fifth in the 300m hurdles.