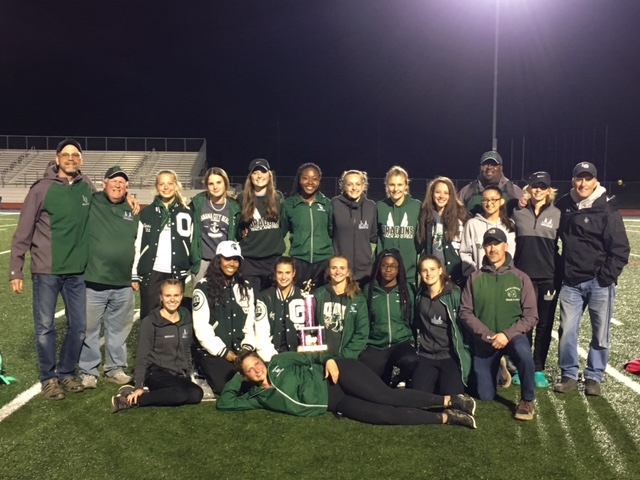 The Lake Orion girls track team headed to Clarkston High School on May 1 for their final OAA Red meet of the season.
The team defeated the Wolves 88-40 and were able to win 13 of the 16 events, including the 4x100m and 4x200m relays.
Individual first place winners for the Dragons include: Madison Eaton in the 100m and 200m dash, Melissa Symons the 100m and 300m hurdles and 4x200m relay, Cassie Moreau in the shot put and discus, Sarah Griffin in the long jump and 4x200m relay, Allison Sherman in the 3200m run and Jenna McBride in the high jump.
On Saturday, the Dragons attended the New Balance Invitational where they competed against 40 other schools and finished in first place with 93 points.
Sophomore Sophie Novak set a new school record in the 1600m run with a time of 4:54.83 and also won the 800m run. Griffin won the pole vault and long jump and Melissa Symons won the 100m hurdles.
The ladies next meet is the OAA Red/White League Championship Meet on May 9 at Oxford High School. — M.K.

Girls track finishes season undefeated in OAA Red for 3rd year in a row, finishes 1st in New Balance Invitational added by mmkelley on May 8, 2019
View all posts by mmkelley →