Family fun flourishes at Dragon on the Lake 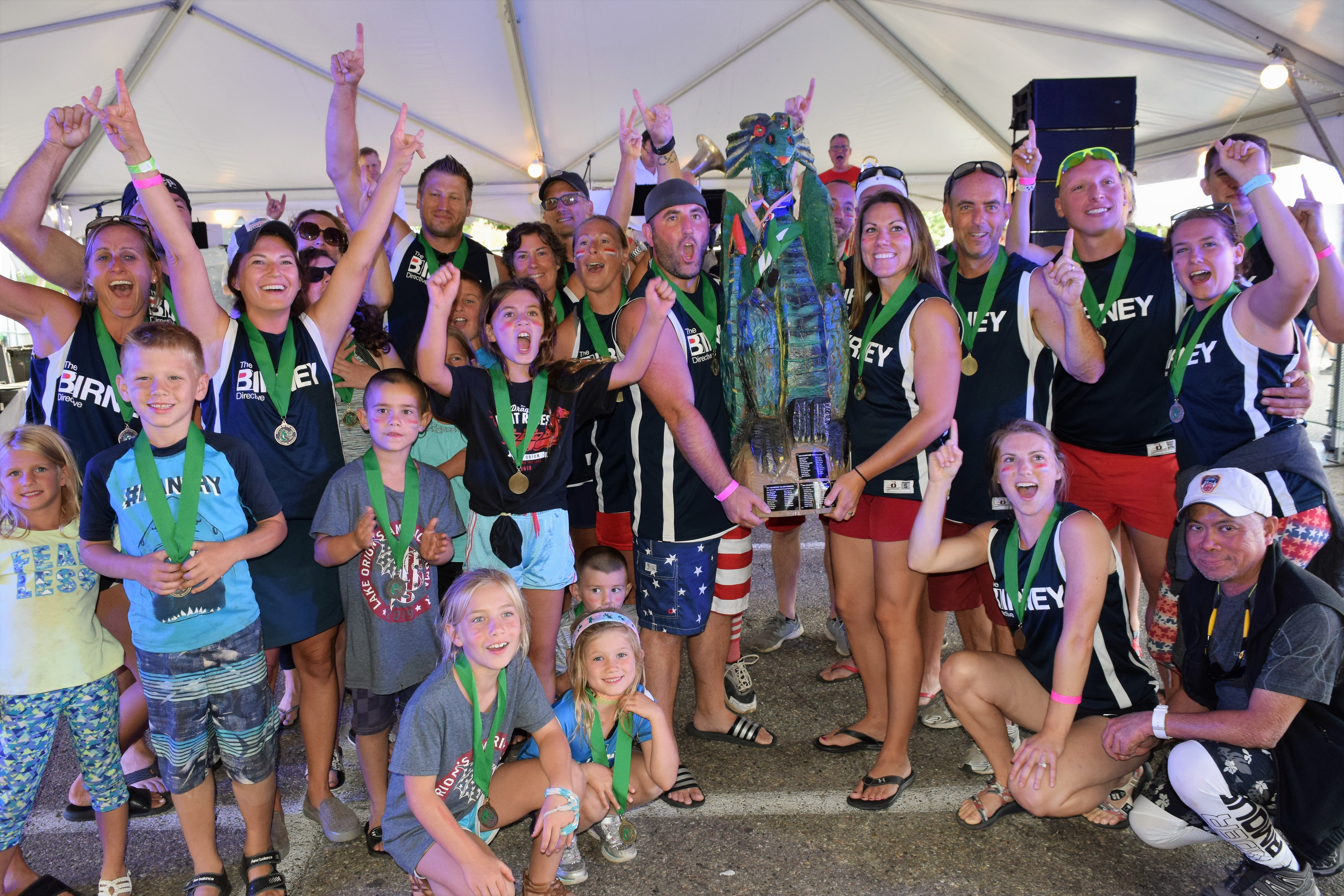 The 11th annual Dragon on the Lake festival wrapped up on Sunday, drawing in thousands of people from throughout Oakland County and surrounding areas to downtown Lake Orion.

The festival is the Orion Art Center’s largest fundraiser of the year and helps fund its operations and community programs for the year.

This year, the Art Center expanded its vendor area, featuring even more chalk artists, artisans and crafters and local businesses. The festival’s family activities expanded as well, with archery, football bowling and cornhole games in addition to the Kidz Energy Zone.

The Dragon Boat Races are always one of the highlights of the festival and this year The Birney Directive team was once again crowned champions, raising the Dragon “Rob” Trophy for the third time in four years.

The Birney Directive, led by Brian Birney, beat Powerhouse of Lake Orion and Dragon Down Parkinson’s teams in the final race.

While the Birney team claimed the Dragon trophy, if you can’t finish first, finish first in spirit. That was first-year team Shark Attack’s game plan, earning them this year’s Best Team Spirit Award.

The Shark Attack team had 20 competitors and two alternates, 19 of whom were “newbies.” The team consisted of women who work out at the Fit Body Boot Camp in Lake Orion and their friends.

“It’s all women and we decided to put together a team this year. It’s our first time,” said Jen Taylor, captain of Shark Attack. “We’re about middle of the pack. We’re happy with our finish. Our spirit was amazing. We looked good, we sounded good, we had the best artwork. We were the most fun, for sure.”

“We all thought it was a good cause. We didn’t think we would win the first time out, but we’re definitely coming back next year,” Taylor said. “We were in the 1:40s (minutes). I think next year we hit the 1:30s and then maybe the third year we’re in the 1:20s and then we’re a real contender. That’s how we’re feeling. It’s a three-year process.”

Family fun flourishes at Dragon on the Lake added by mmkelley on August 28, 2019
View all posts by mmkelley →