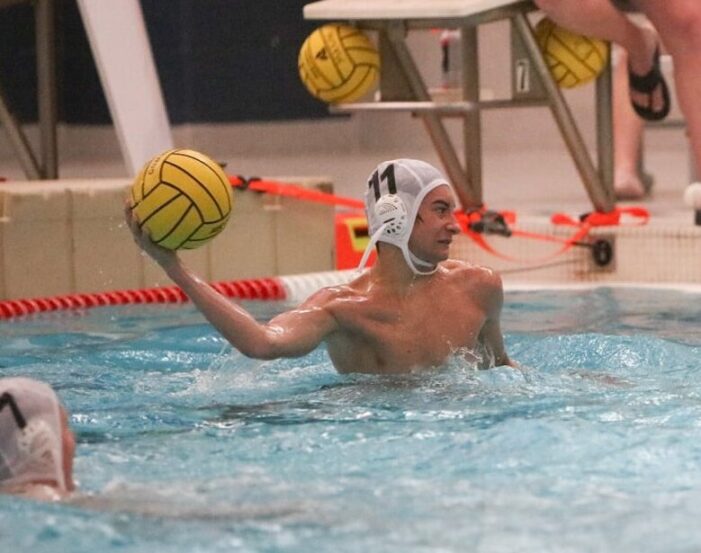 Special Contributor to the Review

The varsity boys water polo team fell to state ranked Ann Arbor Skyline this past weekend, April 17 at the LOHS pool, 16-5 and 17-8.

The loss provided the Dragons with good competition that it normally would not have met this early in the season.

Due to quarantine issues from two regularly scheduled teams for this week, Lake Orion reached out to Ann Arbor who agreed to travel to take on the Dragons for an out of district match.

The day consisted of two varsity and junior varsity games. LO junior Jack Watt was strong in net, with 8 total saves. LO junior Noah Watt and LO sophomore Evan Fox added to the defense, with six and five steals each.

The varsity girls water polo team played seven games in three days with only 8 players and showed they are a team full of grit and determination.

The Dragons fell to Seaholm, 20-5, on April 15, and were back in the pool on April 16, for the district seeding tournament at Birmingham Groves High School.

In the second tournament game, the Dragons were still swimming strong but fell to Groves 12-4. Gordon had three goals and Manganello had one.

The Dragons host Troy at home on April 25.