Christ the Redeemer Church reaches out with St. Nicholas Project 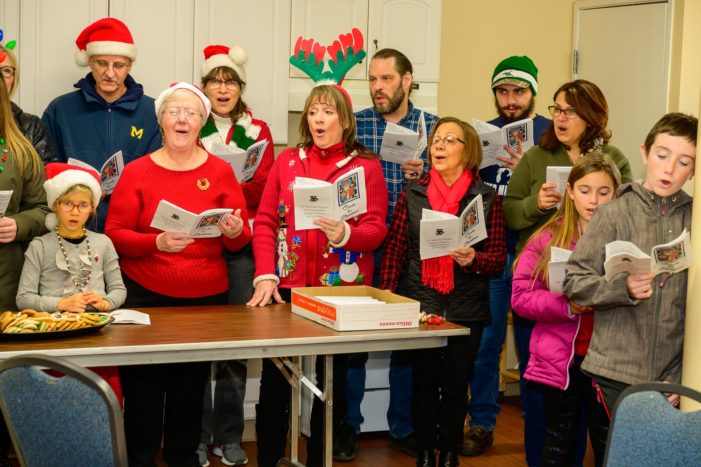 Over 700 parishioners volunteered at many local non-profit agencies giving approximately 1700 hours of time.

“Doing Christmas for others before we celebrate Christmas ourselves” is the motivation behind this project.

Over 3000 flyers were distributed to Lake Orion community homes asking for toiletry donations. Volunteers spent the day picking up the generous donations which totaled over 2900 items that were donated to Oxford/Orion FISH and Catholic Community Response Team in Pontiac. Thank you to Kroger and CVS on Baldwin Road for their donation of grocery bags.

It was a heartwarming day of parishioners reaching out to the local community. If you would like more information on the St. Nicholas Project, contact Christ the Redeemer Catholic Church, 248-391-1621.

Christ the Redeemer Church reaches out with St. Nicholas Project added by mmkelley on January 8, 2020
View all posts by mmkelley →