Anita’s Kitchen to open this summer 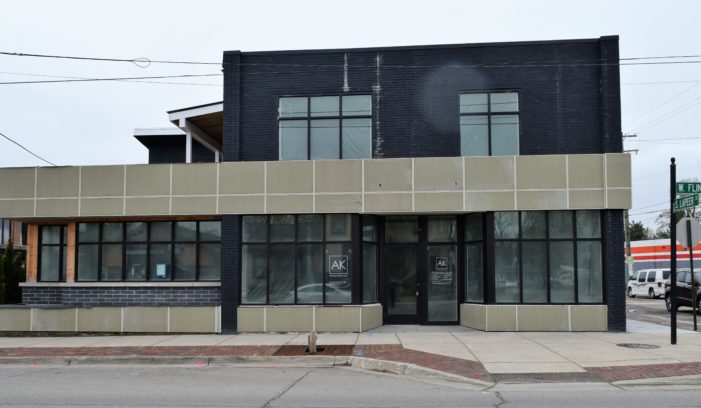 Anita’s Kitchen Lebanese Cafe is located at 45 W. Flint St. in Downtown Lake Orion. If all goes well with remodeling, the restaurant will open in late June. Photo by Jim Newell.

As summer approaches, Lake Orion residents have much to look forward to. This year however, a new addition to Downtown Lake Orion is sure to draw attention.

Anita’s Kitchen Lebanese Cafe has been in the works since the summer of 2016. Now, three years later, the remodel is nearly complete.

The building, located at 45 W. Flint St., was originally constructed in 1970 and has been home to several businesses and has undergone many bouts of reconstruction.

For Anita’s Kitchen co-owner Joe Wegrzyn, keeping as much of the building as they could was of high importance.

“We’ve had the building for a long time and we went through a process of determining whether we were going to renovate or whether we were going to knock (it) down and build brand new,” Wegrzyn said. “We fully circled back and decided to renovate and stay historic with the building. That (way) we could keep (it historic) and add onto it. So, its current form is a blend of both old and new. That itself was a lengthy process.”

Those who have visited Anita’s Kitchen locations in Detroit or Ferndale will notice some similarities as well as several differences.

The first floor of the new Lake Orion location will run similarly to their current Detroit location. A fast/flex casual approach to dining where customers will order their food at a counter — salads and bowls can be made in front of them — or they can order hot foods off of a menu and have them brought out to their table.

The first floor will also have beer and wine available, as well as regular soft drinks, said Wegrzyn.

The second floor will run like their Ferndale location — full service with banquette seating and patio seating.

“We’re excited to have both service levels,” Wegrzyn said. “In itself, it’s not new to us because we’ve done it at independent locations, but blending them together is going to be an interesting twist on what we’ve done traditionally. But based on the successes we’ve had, we think that we’re approaching the market appropriately.”

The space will also allow them to host events such as baby showers, wedding showers and parties.

As far as menu items, the menu will look similar to that of their Ferndale location but with some changes, according to Wegrzyn.

“We want to kind of pull back and really be able to hit the mark with all of the things that we’ve wanted to have in a market place,” said Wegrzyn. “We will be doing a lot more grilled vegetables as well as roasted vegetables…and those will all be seasonal. So, as the market changes so will the menu items in that capacity. But we’ll remain true to our core items.”

Wegrzyn is currently anticipating being open for breakfast on Saturdays and Sundays and during the week from 11 a.m. to 9 p.m. Hours however will be driven by the market and are subject to change.

With this addition to Lake Orion, Wegrzyn is expecting to create (between full and part time) 35-40 jobs in the area. Applications can be sent to info@aktakeaway.com or filed online at anitaskitchenonline.com or aktakeaway.com.

“We are anticipating, if everything went perfect, a late-June opening,” Wegrzyn said. “It’s in our interest to be open as soon as possible just to take advantage of the weather and break into the community. It is Lake Orion after all.”