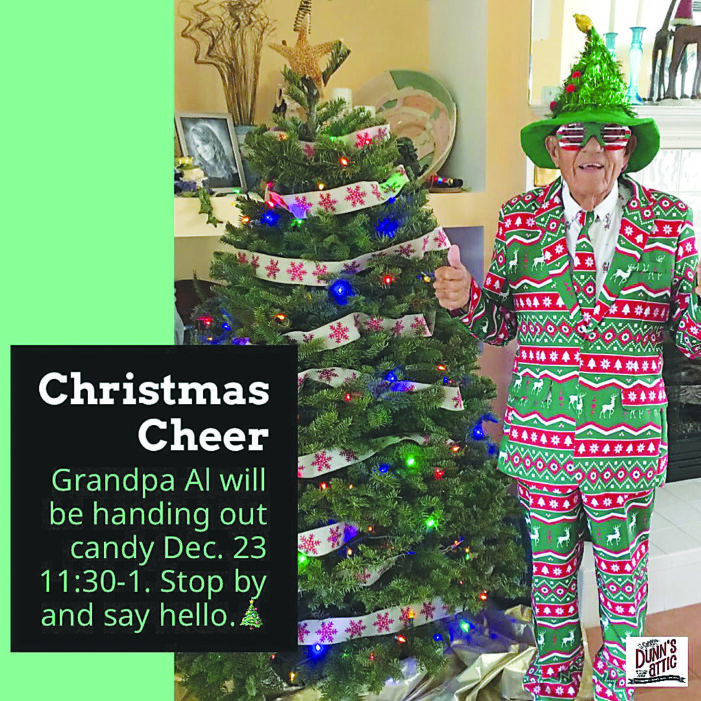 By Jim Newell
Review Editor
PALM COAST, Florida — Former Lake Orion resident Al Krier loved Lake Orion, making people happy, the Fourth of July and dressing up in costume to show his patriotic spirit.
To many people who boat on Lake Orion, and in particular to his neighbors on Dollar Bay, Al Krier was known as Lake Orion’s “Uncle Sam.”
Every Fourth of July, for more than 15 years, he would dress up in an Uncle Sam costume, get into his boat and lead hundreds of boaters in Dollar Bay in a patriotic sing-a-long, singing “The Star-Spangled Banner” and “God Bless America”, among others.
Alois “Al” Michael Krier, 86, died suddenly on Dec. 24 in Palm Coast, Florida.
Al and his wife Anabel (“Bel”) lived on Dollar Bay for 45 years, and moved to Florida in 2020 to be closer to family. Their daughter, Rosanne Dunn, and her family own a home furnishings and décor shop, Dunn’s Attic, in Ormond Beach, Florida not far from Daytona Beach.
In Florida, Al continued his costume-clad adventures on holidays, sharing his infectious joy with anyone he encountered. The day before he passed away, Al dressed in a holiday outfit and passed out candy canes to guests at the shop.
“He would walk around and entertain the customers,” said Valerie Danby, Al’s niece. “He really went out of his way to give people something to smile about. If something was fun and interesting, Al was into it. He’s really going to be missed.”
Krier was born in Belgium, Wisconsin, attended Marquette University and later moved to Michigan and got a job at Chrysler.
While most of his colleagues at Chrysler settled in the Rochester area, Krier opted for a town on the water. So, after years of relocating for work, in 1978, the Krier’s packed up their things and traded in sunny Florida for the small town of Lake Orion.
During the 45 years the Kriers lived in Lake Orion, they saw it transform from small cottage town to a hometown with nearly every inch of lakefront property accounted for, Krier told The Review during an interview in 2020.
“When I moved in here there were some cottages boarded up and I mainly bought a home out here because I love animals,” Krier said. “I just wanted to have a good outdoor scene, never thinking that they’d be pulling the stumps out and all of a sudden it could be used for sailing and boating and everything else.”
Krier did not originally intend on getting a group sing-a-long going when he would dress up and join other boaters in Dollar Bay. It was more of a lark.
“I would go out there in this outfit as kind of a clown, just ‘Happy Fourth of July!’ because it was such a crowd out here and it’s got a reputation that I would like to overcome a little bit because there are just the greatest people,” Krier said in 2020.
As time went on, Krier noticed people singing “God Bless America” as he made his usual rounds dressed as Uncle Sam, wishing everyone a Happy Fourth of July.
“I thought, ‘This is crazy’, and it happened year after year and I was just out there by myself,” Krier said. “One year, it was just one guy that was singing it. Then all of a sudden, next year it was two or three guys. Then all of a sudden, I look around and it’s maybe five or six boats with four or five people on it and I thought, ‘You know something? This is crazy, but I wonder if we could do a sing-along.’”
Before long, Krier had enlisted the help of a band that would lead the Bay in a sing-along.
While the sing-along did not occur in 2020 due to COVID-19, in 2019, Krier estimates that there were over 1,000 people in Dollar Bay participating.
While Krier hesitates to call the sing-along his “legacy” his neighbors have no problem expressing their adoration for him
“Al and Bel are a staple for Dollar Bay and have brought the sense of community, the love of boating and the recognition for our armed services to the lake community for four decades,” said Krier’s neighbor Julie Brown. “Al started an annual July fourth Dollar Bay sing-along, where he commanded the silence from hundreds of boaters to give a minute of silence for our troops, then engaged 100’s of boaters in a patriot sing-along in Dollar Bay.”
Krier’s obituary can be viewed at clymerfuneralhome.com.
Review writer Megan Kelley contributed to this report.