Thomas Neil Eugene Kaars; of Lake Orion; age 69; passed away May 25, 2016. Tom is survived by his beloved wife Margie of 46 years; his children Robert Weeks, Jennifer Singleton, Marcy (James) Summerfield and Josie (Eric)Kaars-Mulholland; his adoring grandchildren Trey, Tommy, Candice, Tony, Caleb, Emily, Cynthia and Cody; and his sister Edna Pietla. He was preceded in death by his parents and 2 brothers.
Tom is a U.S. Air Force Veteran, retiree of Michigan Bell, President of the local R.M.C. #4123, Wagon Master of Telephone Pioneer Campers #8318 and member of the Kentucky Colonels. Upon retiring he worked for Centerplate Inc. as a Concessions Manager at our local event venues and also as a Food Demonstrator for Costco, Auburn Hills. Tom enjoyed volunteering for his children’s and grandchildren’s school activities and for St. Joseph Mercy Hospital, Oakland.
Funeral Services will be held on Wednesday, June 1, 2016 at 11am at SPARKS-GRIFFIN FUNERAL HOME, Lake Orion. The family received friends on Tuesday from 4-8pm and Wednesday from 10am until the time of service. In lieu of flowers, memorial donations made to the family would be greatly appreciated. www.sparksgriffin.com 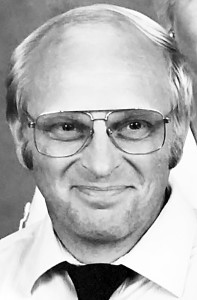