Thomas A. Fluent of Lake Orion 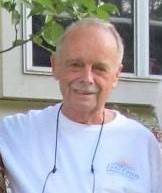 Thomas Arthur Fluent was born Jan. 4, 1934, in Detroit. He passed peacefully into the Lord’s hands surrounded/embraced by loved ones on Nov. 16, 2022.

Tom was raised in Detroit the oldest of three children, born to Tom and Lydia Fluent. He was a gifted student and athlete and graduated from St. Anthony Catholic High School. He loved and played football, hockey and baseball, with a reputation as a terrific left-handed pitcher with a devastating screwball.

Shortly after returning from military service in Korea, he met his bride to be on the Lake Orion waterfront at the summer cottage of his beloved Uncle Rudolf and Aunt Alice Scheffler.

Following a whirlwind romance, he married Lois Elaine McManus on Aug. 24, 1957. On land previously purchased by Elaine when she was 18 years old, with help from family members, he designed and built with his two hands the home where he would live and raise a family over the next 60-plus years.

Through the GI Bill, he attended and graduated from Lawrence Technological University with a degree in civil engineering and oldest daughter Joyce on his shoulders. He found immediate employment at General Motors in Pontiac, where he designed and supervised construction and renovation of multiple manufacturing plants and office spaces over the next 30-plus years.

In addition to raising his five children, he and Elaine opened their home for weeks, months, and years to provide foster care to many children over several years.

Upon retirement from Pontiac Motor at 58 years of age, with grateful hearts, Elaine and Tom happily split their remaining years between their family home in Lake Orion and a retirement community in Fort Myers, FL. He was a man of varied interests and talents, with a deep love of music, singing (church choir), dancing (when elbows began to elevate, it was best to give him wide berth), reading the daily paper and playing various sports with grandkids.

In later years, he became an accomplished wood carver and shuffleboard aficionado. He spent countless hours dutifully tending the grounds at the Orion Veterans Memorial and loved to work in the kitchen at the Senior Coffees at St. Joseph’s Catholic Church.

Above all things, Tom’s life was firmly and joyfully centered upon his faith, marriage, children, grandchildren and great-grandchildren. A man of uncommon virtue and deeply held principles and convictions, he was entirely without pretense or judgement of others. He was known by all for his exceptional warmth, generosity, decency, humor and penchant for helping others and doing the right thing, regardless of difficulty or personal cost.

He will be deeply missed by all blessed to know him, but his extraordinary light and legacy will live on in the countless lives he helped to shape.

Visitation will be held at St. Joseph’s Catholic Church in Lake Orion, MI from 10-11 a.m. on Tuesday, Nov. 22. Funeral mass will begin promptly at 11 a.m. and with lunch immediately to follow.

2 Responses to "Thomas A. Fluent of Lake Orion"