The 11th annual Schrauger Memorial 5k will bring the Lake Orion and running club communities together in celebration of the memory of Joshua and Timothy Schrauger, on Nov. 18. 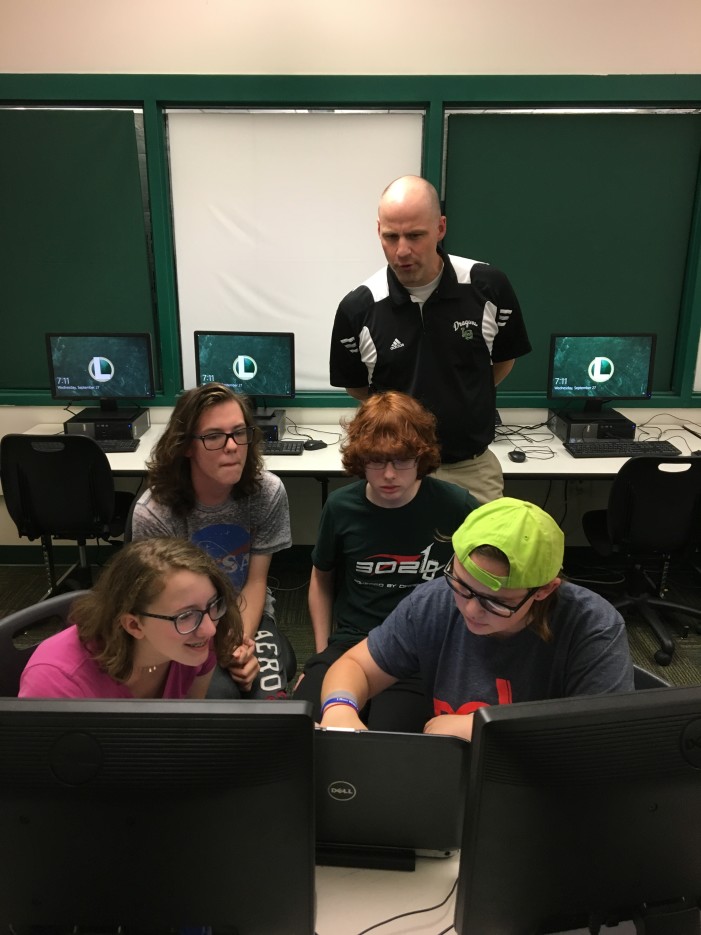 Waldon Middle School has a new robotics team, the Waldon Dragons. The team had its first meeting on Sept. 9 and will compete in their first meet on Nov. 18.

Robotics at the middle school level consists of a maximum of 15 students. The process to be on the team begins by filling out an in-depth application and then an interview with a mentor.

The team practices at the high school every Monday, Wednesday and Saturday.

“Being on a robotics team is a lot of work, but it’s not just about building a robot and how it performs,” said Shannon Cook, one of the team mentors.

The Waldon Middle School robotics team formed when Keith and Shannon Cook’s daughter, Elianna, was redistricted to Waldon for the 2017-18 school year.

When the Cooks realized that Waldon was the only middle school in Lake Orion that did not have a robotics team, they jumped at the chance to start one.

At every meeting, before practice, the students prepare an engineer notebook with three sections, and it is a “big deal in competition,” said Cook.

Each meeting, two team members are responsible for taking notes in the notebook. Goal-setting is imperative and writing down goals gives the team ownership of that goal.

Throughout practice, the team continues to write notes, such as what problems they ran into, how many revisions they had to make and whether they were happy with the goal in the end. The notebook can also contain drawings of their projects.

Ending each practice is a wrap meeting: what did they learn during that practice – things that went well, what went wrong, what they should change.

The robotics team is a version of a business. The kids must come up with a business plan and a budget. They need to figure out how to structure the business, its costs and how to get the funding for the robot.

Community service falls into this category and the Waldon Dragons have participated in events such as Dragon on the Lake and the homecoming parade.

The kids build a robot for competition and the robot has to perform tasks.

During competition, each teammate has a job. Two students are on the drive team operating the robot; two are in the pit fixing things between matches that may have broken off during a match, or a software malfunction; and the other eight make up the scouting subgroup, watching the competitor’s robots to see what they are doing. They collect data and analyze it to see how they can improve thier robot’s performance against the competition.

The top teams will compete at the state tournament in December, super regionals in March and finally to Worlds, which will be in Detroit for the next three years.

A committee of volunteer professional mentors judge the teams at the meets.

The two qualifying meets will be Nov. 18 in Marysville and in Oxford on Dec. 9.

Cook is excited about having four girls on the team. “It is somewhat of a challenge to find girls interested in science and math,” she said.

For more information on the team, email waldonrobotics@gmail.com.

The 11th annual Schrauger Memorial 5k will bring the Lake Orion and running club communities together in celebration of the memory of Joshua and Timothy Schrauger, on Nov. 18. added by James Newell on November 9, 2017
View all posts by James Newell →