Supporters gather for ‘Back the Blue’ pro-police rally in Orion Twp.

They waved American flags and brandished their signs like shields in defense of law enforcement.

Between 50-70 people showed up to the Back the Blue Pro-Police rally on Saturday, with protestors standing along M-24 at the Lake Orion Plaza, cheering as passing vehicles honked their horns and gave thumbs up signs in support.

“We’re here to ‘Back the Blue’,” said Dr. Joe Mastromatteo of Lake Orion. “Support our police in any way we can. God bless them. They put their lives on the line for us every day that they leave home. They don’t know if they’ll ever come back, and we can’t praise them enough.

“We can’t let the majority of the good police be spoiled by an occasional bad situation,” he said, a reference to the deaths of black Americans over the past several months at the hands of police.

It was a peaceful demonstration, with some people bringing their children to wave signs at oncoming traffic, and others coming from surrounding communities to join the demonstration.

Ron and Evelyn Archer Piotrowski of Oxford said it is necessary to support law enforcement officers, especially given the criticisms they have recently faced.

“A society depends on civility and law and order,” said Evelyn Archer Piotrowski.

“If we don’t have our police, who are we going to call? That thin blue line is far too thin. We need to thicken it,” Ron Piotrowski said.

“The thin blue line” is a catchphrase that represents the thin line police officers walk daily between life and death; and the role of separating the good from the bad while creating order from chaos, according to many pro-police supporters.

Oakland County Sheriff Michael Bouchard made an appearance at the rally to thank people for supporting law enforcement. 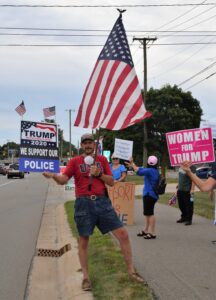 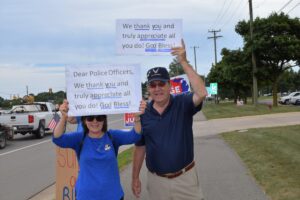 “The thing that excites me the most is that it’s a reminder to our men and women on the front lines that a lot of people care about them and support them,” Bouchard said. “You can support the police and still be a part of making sure that people who shouldn’t be a police officer are not. You can support the men and women who are doing a really tough job, and holding the ones accountable that have done the wrong thing. Those are not mutually exclusive categories.

“We don’t want to paint any group or any person with a broad brush. And so many people are doing a really good, that this helps remind them that people care about them,” Bouchard said.

Bouchard said Oakland County Sheriff’s Office deputies and officers attend rallies, regardless of politics, to ensure the rights of citizens to protest and the safety of the community.

“We come to every protest to make sure the protestors are safe. That’s our job,” Bouchard said. “I’ve been to rallies, protests where they are saying some very, very strong things against the police and we’re there to protect them just the same.” 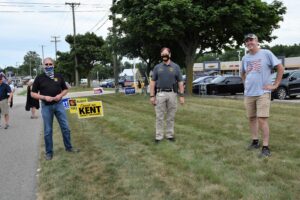 “That’s the beauty of America: you’re right to say anything you want. And we defend that right, and we’ll protect you. And you don’t see that in other countries. That’s important. And we zealously protect your right to say and do what you want in this country. Your freedoms are critically important,” Bouchard said.

“They asked for any input on how to do it safely. They had some concerns about counter groups creating issues,” he said, adding that while he didn’t “expect any issues” he and his deputies attended to keep it safe for the protestors.

Toth and his deputies also attended the Black Lives Matter rally in June to provide security, and then joined in the march from the township to the village and back.

“We support all the groups. Everyone has different viewpoints. We support everyone’s safety. Our sole focus is to do (the protests) safely,” Toth said.

The rally was supported by the Michigan Trump Republicans. See www.trumperware.com for rally information or www.michigantrumprepublicans.com.

While those who attended the rally said they were there to support law enforcement, it was also clearly partisan, with some saying they were also protesting against the Black Lives Matter (BLM) movement’s calls to “defund the police.”

“In the wake of irrational calls by the Democrats to ‘defund the police’, while riots rage in cities across the country, citizens in Lake Orion, Michigan turned out Saturday to Back the BLUE!” according to a post on the trumperware.com blog after the rally.

Sandra Price of Walled Lake said she “Absolutely, 100 percent” supports law enforcement and had harsh words for those who do not.

“I am appalled that free people could disgrace themselves to that level that they are attacking our police officers. Because this is not a war about (President Donald J.) Trump and (Presidential candidate Joe) Biden, this is a war about God. It is about Americans choosing to disrespect God. This is what this fight is all about.

“We have friends who are officers, we’ve had a friend pass (away) from being violated by this stuff. I mean, this is ridiculous, this shameful.

“For any state to allow this to be going on, all these riots. Where are the Second Amenders? Why are they not standing up and defending their own city? If they’re not going to let the police do it, at least, the people who support the Second Amendment, get out there and start taking control of your city,” Price said.

“How can a free person even begin to think that there is something better than God himself? That’s what this country was founded on; that’s what this fight is all about,” Price said. 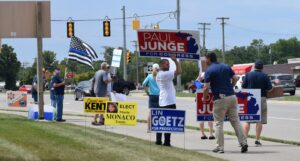 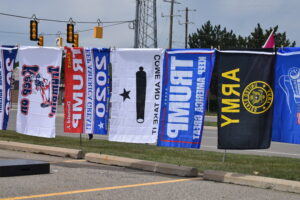 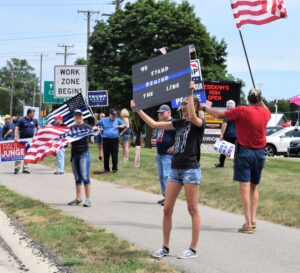 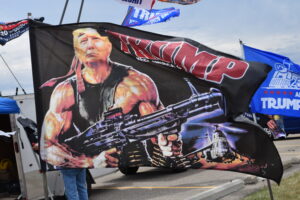 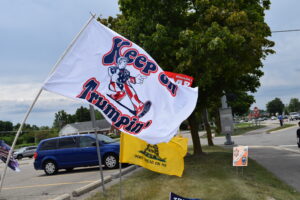 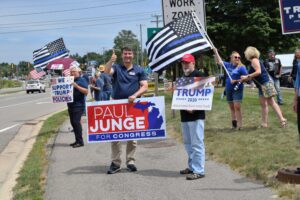 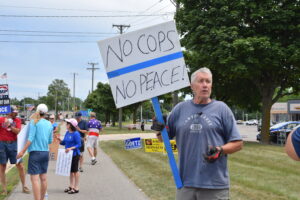 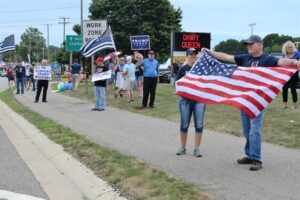 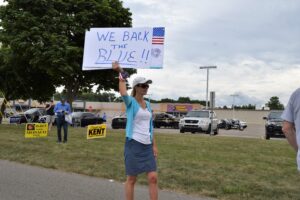