James (Jim) Richard Stuart from Lake Orion, Michigan, passed away peacefully on July 4th, 2020, just shy of his 79th birthday. The family will always celebrate his legacy and everlasting love ~ with fireworks!

Jim truly had it all! He loved nothing more than spending time with family and friends. He married the love of his life and had 11 children and 31 grandchildren. Faith and family were his priorities, and he lived life to the fullest. Jim was known as an instigator and witty jokester, who was always a kid at heart. 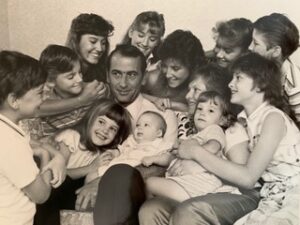 Jim (Dad) (Granddaddy) was born July 21, 1941, in Detroit, Michigan to Ray and Miriam Stuart. He was the second from the youngest of seven children. Jim spent special times at his parents’ farm in Tuscola County catching snakes and frogs, and working hard to help his dad fix up the property. He enjoyed his visits to Bardstown, Kentucky in the summers to see his family. He loved playing in the snow and ice skating at a local rink near his home. He won many ping pong games using his “mean spin”, and enjoyed playing cards. Every evening, Jim’s parents and siblings knelt to pray the Rosary, and visitors knew that if they were visiting during that specific time, they’d be invited to pray too! Praying the Rosary was a tradition Jim would continue with his own family. Jim attended Precious Blood Elementary School, University of Detroit Jesuit High School, and the University of Detroit College. He became a life-long friend to many of his classmates from grade school, high school, and college.

Jim was a CPA. He and some close colleagues started their own firm in 1976; Stuart, Muthler, Franey, Matthews, and Chantres. The firm thrived for 34 years before being sold to Plante Moran in 2010. He loved his profession and all the relationships he built over 40 plus years. Lots of his clients, colleagues, and people he met along the way became close friends. He shared many fun, long lunches, golf outings, and other memorable experiences with them. Jim also served in the Air Force National Guard. 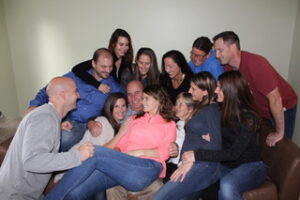 Jim met Sandy through mutual friends in 1965. About a year and a half later, they said their marriage vows on October 1, 1966. Together, with their love for God, they raised 11 children (8 girls, 3 boys) to be faithful, happy, and strong people. Jim was the backbone of the family. Being a traditional man, he was the disciplinarian, provider, and enforced the household rules ~ or else you had to stand against the wall! Each one of his kids respected him for his compassion and sense of responsibility to raise his family. Jim and Sandy stressed the importance of being good, moral people in order to get to Heaven. God came first in the Stuart household, and missing Sunday Mass was never an option. Jim loved his kids and would spend countless hours playing catch with them, hitting pop-flys, joking, teasing, listening, sharing his wisdom, and attending hundreds of his children’s and grandchildren’s games and events ~ making them all feel special. Rides on his pontoon boat with his family always put a smile on his face. He enjoyed taking yearly road trip vacations with his children and later started an annual “Stuart Family Vacation” tradition that included all of his grandkids for one week every summer. His grandkids filled him with new life. Each one of them had a special bond with “Granddaddy”. They knew they would be hugged, chased or held, and many times teased for having a boyfriend or girlfriend. They also knew that he expected them to be respectful to their parents. His humor and happiness will live on through his children and grandchildren.

Jim will always be remembered as a loving and caring son, brother, husband, father, grandfather, uncle, friend, and a model of a man. He will be greatly missed by all who had the joy of knowing him. Jim was an honest man, a family man, but – most of all – a man of God. Eternal rest grant unto Jim, O Lord, And let perpetual light shine upon him. May he rest in peace. Amen. 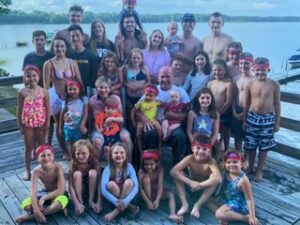 If you would like to honor Jim’s memory, in lieu of flowers, please contribute to the Oxford Pregnancy Center, RTL/Lifespan Oakland/Macomb, or Fr. Marko’s ministry in Detroit https://www.stmosestheblack.org.