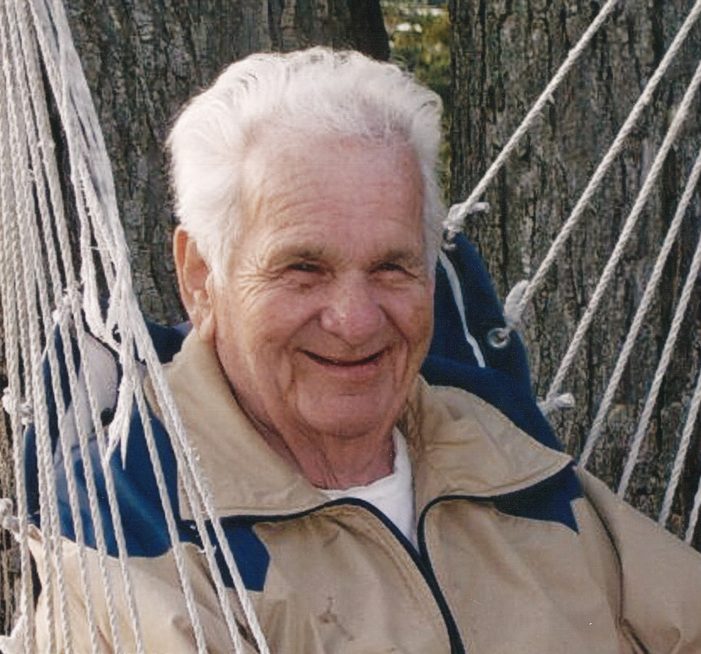 Robert A. Robinson; a World War II veteran, passed away Saturday, March 2, 2019 in Lake Orion, Michigan. He was 95-years-old.

Robert was born on April 13, 1923 to Astrippe and Gertrude (Krantz) Robinson in Detroit, Michigan. He enlisted in the Army Air Force in early 1943 and became an airplane and engine mechanic. Robert was certified at the Boeing Flying Fortress School, B17 Division, in Seattle, Washington. He saw battles and campaigns in Northern France, returning home a wounded, decorated hero in 1946.

In 1947 Robert married Phyllis Kryger and together they moved to Royal Oak to raise their five children. In 1957 he built a cabin on his 8 acres in Mio, Michigan and enjoyed many summers and hunting seasons there. Robert moved to Lake Orion in the early 1960s and lived on Dollar Bay, Lake Orion, for 55 years.

Robert will be missed by everyone who knew him and the 4th of July will never be the same without him.

Cremation has taken place with services planned for at a later date in Great Lakes National Cemetery, Holly, and a final trip down the AuSable River.