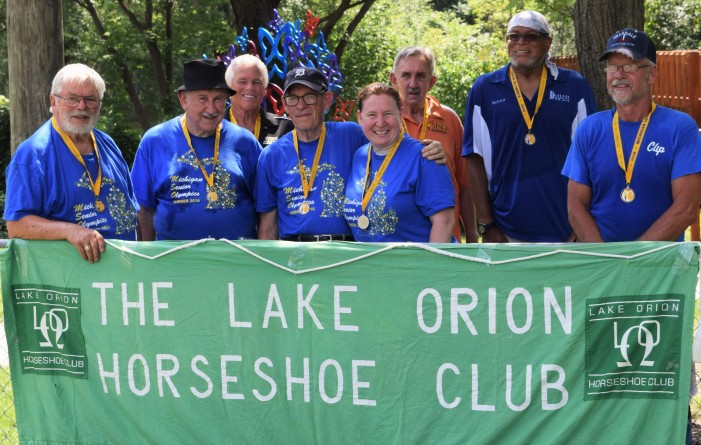 While the games in Rio de Janeiro may have dominated Olympic news coverage last week, here in Michigan the Senior Olympics were underway, and included some of Lake Orion’s own.
The 2016 Michigan Senior Olympics were held August 13-20 and featured 1,000 athletes from around the state competing in 18 sports.
Alan Raynor, of Lake Orion, earned gold medals in the long jump and the triple jump, and his mark in the triple jump set a new state record.
Stanley Guest, of Lake Orion, age 55, competed in six events: shotput, discus, the 100- and 200-meter dashes and 800-meter run.
Raynor, age 85, has been active in senior track and field for 17 years and holds a collection of nearly 200 medals.
In July, he competed in the (national) Masters Outdoor Championships and swept the jumping events – earning gold in the high jump, triple jump, long jump.
In 2013, he was assisted by Lake Orion’s TV station, ONTV, in preparing a work-out video for seniors. – J.N.