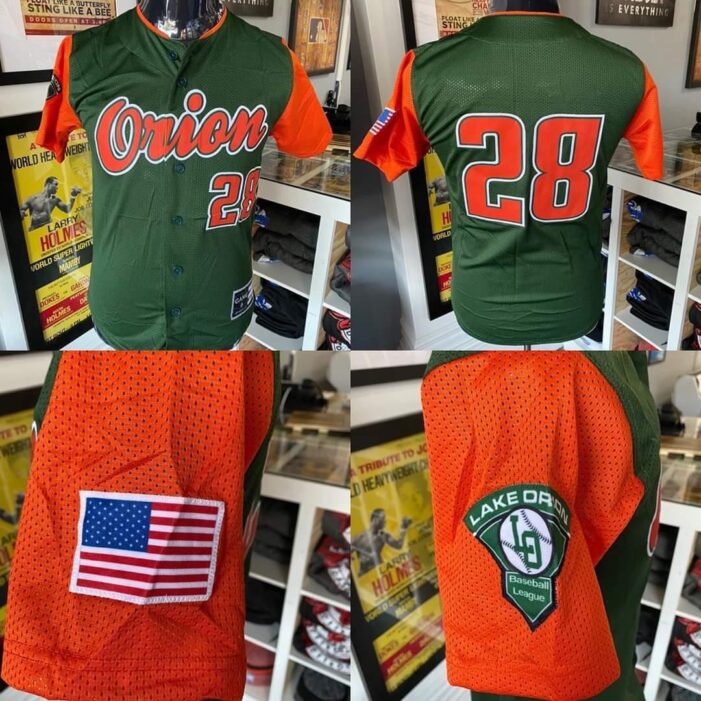 Registration is ongoing for the fall Lake Orion Youth Baseball League and will conclude on Sunday, July 26. Once-weekly practices will begin the week of August 10, and games will be played every Saturday from August 22-to-October 3.

To learn more or register for this new fall baseball season, visit orionparks.com or give them a call at (248) 391-0304.

The idea was a collaborative effort between Chargers President Mike Skelton, who manages one of the club’s 11U teams, Aaron Whatley, the Orion Township Parks & Recreation director, and township Recreation Programmer Dan Dobrosielski.

“In the past, before the township took it over (in 2019), LOYBL had always operated summer tournament teams,” Dobrosielski shared of how this venture came to be.

“Those tournament teams had kind of phased out before we had taken it over, and I know it’s a great opportunity for kids to get out and see some different competition, while receiving advanced coaching and seeing some different strategies.

“Last year, Mike (Skelton) had reached out about doing one after our season, and we sent it out to our teams, and they wanted to try it out. We didn’t have our LOYBL spring season this year and baseball started up kind of late, so Mike brought the idea up again and it’s just for eight-and-under kids, but it’s a great opportunity to get them out and get to play some baseball.”

Holding tryouts and beginning their practice schedule in the first week of July, the team is made up of 12 would-be LOYBL players, 13 if you count one practice-only player. The team will hold eight practices and play in two tournaments, the first in Flint, this weekend, July 17-19, and the other in Owosso.

“Owosso is really fun because they have really short fences,” Skelton said with a laugh. “I think they’re about 100-foot fences for an 8U game, and that team has some players who can hit, too.”

For a seven- or eight-year-old, hitting a home run is an experience they will remember for a long time and something they look forward to sharing with their buddies in the neighborhood and at school, meaning these kids have a golden opportunity to form a lasting memory.

Members of this tournament team will receive a game jersey, featuring an American Flag on the left sleeve, a practice jersey, and a hat, courtesy of Game Brand apparel, located off Coolidge Highway in Berkley.

The team will be coached by Thomas Loftus, who will serve as the pitcher during game action, with assistance from two parent volunteers. The 8U Charger coaching staff, consisting of Kevin Senko and Phil Borka, helps during the team’s practices, providing additional instruction.

Loftus, a 2017 graduate of Rochester High School, was a two-sport athlete during his time as a Falcon, earning All-Oakland Activities Association (OAA) Blue recognition as a wide receiver in football and All-OAA Red honors in baseball as a senior.

Continuing his academic and athletic careers at the collegiate level, he is now a redshirt sophomore centerfielder for the Saginaw Valley State University Cardinals baseball program.

The LOYBL has another upcoming new venture, as well. This fall, the league will operate their first fall ball season, an addition that was planned even before the traditional April-June campaign was wiped out by COVID-19.

“We canceled our spring season knowing this year would be the first year of our fall baseball league, which will begin in August,” Dobrosielski said.

“Instead of trying to hold one season that would run the summer and fall together, we canceled the spring and started pitching our fall league and this tournament team will have their last tournament right before our fall season starts, so, the timing worked out well.”

“Dan (Dobrosielski) was already planning on doing a fall season,” Whatley added. “The main reason was we saw an opportunity that was lacking and he’s very passionate about it. He’s the brainchild behind our LOYBL.”