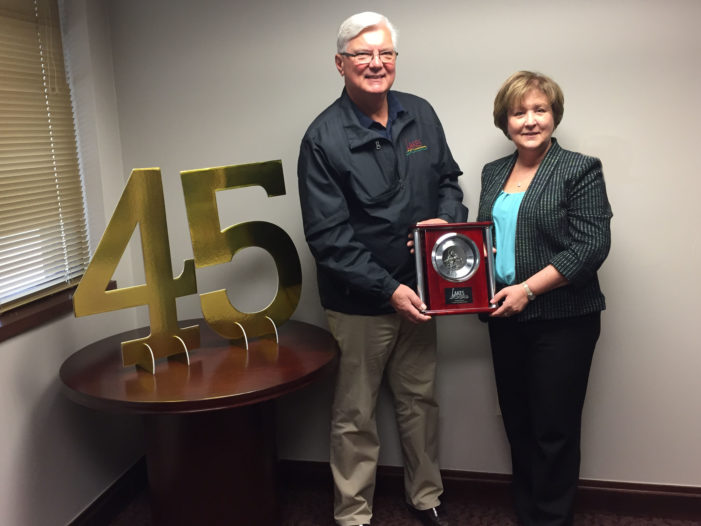 On April 18, 2019, Lakes Community Credit Union (LCCU) recognized its President/CEO Carolyn Chevrier by celebrating her 45th year with the organization.

During her tenure, she worked in every department in the credit union.

At the time her stewardship started, the credit union was $63 million in asset size. Today LCCU has now reached $100 million.

This great attitude allowed her to learn the financial services business and allowed her to introduce many products and services while moving the credit union’s technology offering forward.