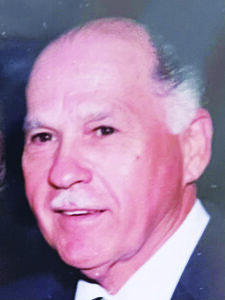 James (Jim) Burt of Lake Orion, passed away at The Neighborhoods of White Lake assisted living on November 15, 2022 at the age of 92.

Jim retired from the Oakland County Road Commission and was a devoted member of the Good Shepherd Lutheran Church in Orion Townshp.

He served in the U.S. Army during the Korean War and was awarded a Purple Heart.

Jim really liked old cars and tractors. He enjoyed going to family gatherings and spending time with those he loved most. Jim will be truly missed by all.

A visitation will be held for Jim on Thursday, Nov. 17th from 3-8 p.m. A Funeral Service will take place at Good Shepherd Lutheran Church Friday, Nov. 18 at 11a.m. Friends may visit any time after 10 a.m.

The burial will take place at Ottawa Park Cemetery immediately following the Funeral.
In lieu of flowers, memorials may be made to Good Shepherd Lutheran Church.

Please leave a memory or condolence on Jim’s online guestbook at www.wintfuneralhome.com.