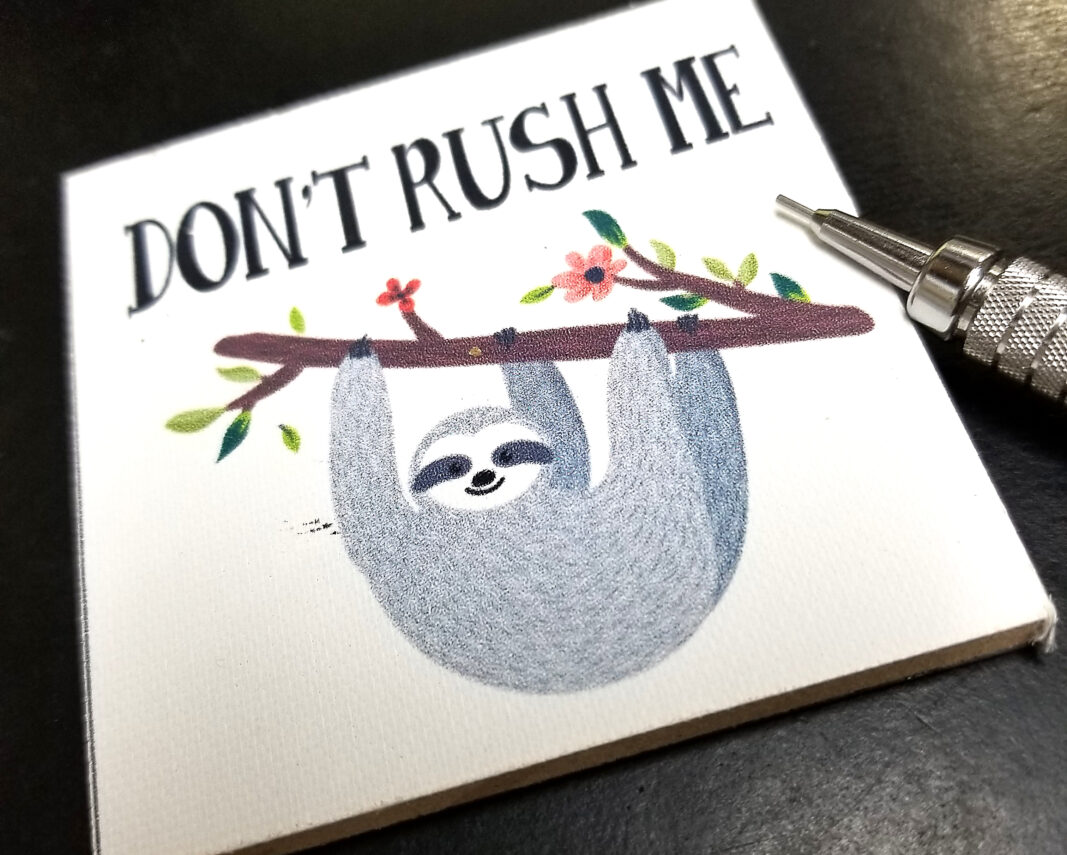 It may be hard to believe, but there was a time when reporting local news for a community newspaper was a heck of a lot easier. A few decades ago really were simpler times.
While I understand times do change and folks have to roll with the punches or get run over, I can still pine for those thrilling days of yesteryear. Yes, we reported on tragic events and trends like teen suicide and it was sad to do so. However, it was much easier to write about and share all the good things members of our community were doing. As I write this, my late grandma’s birthday is still two days away. Her birthday was Groundhog’s Day (Feb. 2.)
Growing up, and up until I was a young man, I would hand draw her birthday cards with a groundhog popping its head up out of a hole in the ground. I may or may not have been a smart alec kid and called her Granny Groundhog (I will leave it up to your own perceptions of me as to whether or not I did). So, Feb. 2 has always been kinda’ special to me.
And, for three glorious years (1999, 2000 and 2001) we at the newspaper were able to have fun and write about — not my grandma — rather Noah, the one-eyed groundhog.
In sunshine or shadow, Noah was the world’s best prognosticator of weather conditions in Oakland County and he did it with just one eye. Noah was the charge of the Mark Harries family who lived in Oxford Township. Noah got too close to the road one day and was hit by a car. He was taken to the North Oakland Animal Hospital (NOAH) on Clarkston Road where Mark worked, patched up and then lived out the rest of his life with the Harries.
For three years we were able to run awesome headlines like . . .
The Hog Has Spoken . . . or
A Man and His Marmot . . . and have special sections titled, Groundhog A-go-go!
I was able to have fun and in the section I wrote two stories about groundhogs; one was a fictional backstory on the legend of Noah by I. M. Tired; the other about all the little waddling furball rodents predicting the early arrival of spring. My byline for that was Ray Ning.
Ah yes, those were simpler times.
* * *
Driving to and from Goodrich to Oxford to Clarkston and in between, I spend about an hour and 15 minutes in the car, listening to local radio each work day. I bounce between public radio, newsradio stations WWJ and WJR, plus sport-talk radio (97.1 The Ticket). Since the state opened up online sports betting, there’s been a-gazillion commercials for all the places to bet online.
And, for just as long at the end of all those broadcast commercials there’s a phrase I had never heard before, “Michigan dissociated person.” For months I have tried to suss it out on my own without looking for the answer. Because I ain’t that bright, I couldn’t figure it out.
To my logic “dissociation” sorta’ means disconnecting from one’s thoughts, feelings or memories — a way to escape from something. It didn’t make sense. For months and months I pondered the question until I finally gave up this weekend. Armed with the know-how to ask a question on internet search engines, I typed: “What is a Michigan Dissociated Person?”
Guess what? I was (again) wrong in my assumptions. It wasn’t a dissociated person — oh no — it was a disassociated person. And, without digging further, I still had no clue as to what a Michigan Disassociated Person was. So, in the pursuit of knowledge, I pressed on.
Ready for it?
In 1996 Michigan passed a law to allow folks to voluntarily put themselves on the Michigan Disassociated Persons List. Once on this list, you make a lifetime pledge to never visit a Detroit casino. After being on this list if you are caught in a Detroit casino you are guilty of criminal trespassing punishable by imprisonment for no more than a year, a fine of no more than $1,000, or both.
I did not know that.
Now the question I have is this: “If you’re a Michigan Disassociated Person can you go to a casino in Canada, or one of the casinos run by the Chippewas like in Mt. Pleasant?”
Maybe I will dive into this and try to figure it out in the future — or not.
Send your comments, concerns (or answers) to Don via Email: DontRushDon@gmail.com.

I miss Noah, the one-eyed groundhog added by Don Rush on February 3, 2022
View all posts by Don Rush →