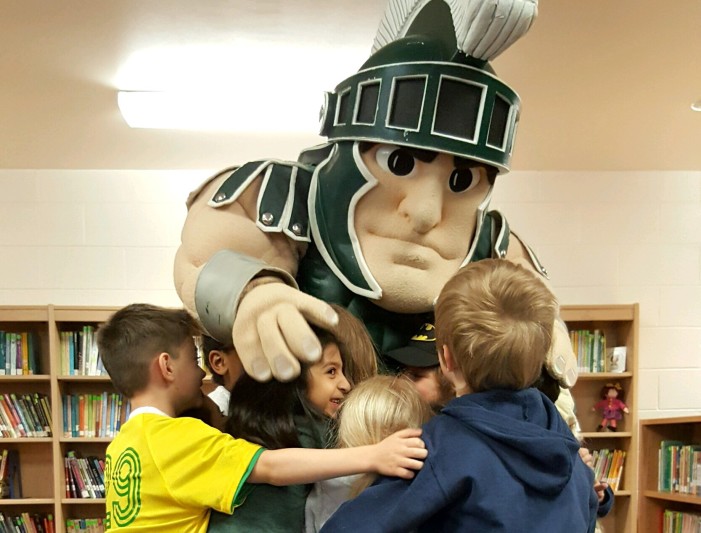 By Meg Peters
Review Co-Editor
A 5-2 vote determined that Lake Orion Community Schools will be asking voters to approve a new two mill tax this August.
The Building and Site Sinking Fund Tax Proposal would generate $3.4 million for the district the first year, and grow by 1.5 percent each year over the ten-year term.
A homeowner with a property market value of $200,000 would be charged $200 a year based on the current tax base. Proceeds could only be used to improve or repair the district’s facilities, and could not be used for funding day to day operations, such as paying salaries.
The final list of the projects will be available after a comprehensive facility assessment is conducted.
Trustee Connie Meech and Vice President Deborah Porter were the two opposers of the Sinking Fund resolution at the school board meeting April 27.
Trustee Bill Holt, who had previously voted against it, changed his vote this time around.
“I made an agreement with Marion [Superintendent Marion Ginopolis] that I would vote for it if we took board action and made a board commitment to do the things necessary to balance the budget before we voted on the sinking fund,” he said.
The district is making reductions for a $1.9 million deficit they are facing in the current year, and a $3.9 million deficit if nothing is done by next year.
According to Holt, Ginopolis accommodated.
The Phase 2 Budget Commitments he is referring to were approved the same night.
They include:
1. Close at least one elementary school, which will be determined by the study from outside consultants.
Closing a school could save the district around $500,000.
Plante Moran is completing the study, and should have an answer by July.
2. Redistrict to balance student population at the elementary and middle school level.
Holt said closing a school would inevitably lead to the need to redistrict.
3. Revisit the concept of having separate Elementary Focus Schools and commit to initiating a district wide specialized focus for all elementary students, thus creating an exciting educational opportunity for all children.
Holt said this last item could be a game-changer.
“My perception is we make the other elementary schools ‘theme schools’ focusing on science, technology, engineering, math and art,” he said.
Schools with these kinds of focuses are often termed as STEAM schools.
“We didn’t make a commitment to making any changes, but we are going to review the concept,” he said, adding that the district would still need to sell it to the public.
For now, Holt is satisfied with the budget commitments set forth by the board, but said that the board will have to do its homework to also sell the sinking fund concept.
“They need to present a strong case as to why we need this money,” he said. “I think the board probably needs to look at it [the project list] a little more closely and make sure there is nothing on there that would give people the chance to call it a ‘wish list.’ We just need to make sure we do our homework, present the case, and explain the new tax to the public.”
Assistant Superintendent of Business and Finance John Fitzgerald said Michigan voters’ approval of Proposal A in 1994 has created the need for a sinking fund at the local level.
“Proposal A made it very clear that the new funding model now uses the “foundation allowance” concept which is only for operating purposes,” he said. “And that the district’s facility and large capital needs continue to be addressed with a bond or sinking fund.”
In 1993 Lake Orion levied 31.6 mills for operating expenses.
Today the only local district taxes voters pay for Lake Orion Community Schools are the 7.491 debt mills. The other six mills titled “School Education Tax” fund Michigan’s School Aid Fund which is distributed statewide, not specifically Lake Orion.
Fitzgerald also said that 2012 served a major decrease in funding to the district when Lake Orion took a $470 cut to its per-pupil funding from the state.
“That cost us $3.6 million a year. It’s been five years and the foundation allowance has recovered only $201 per pupil, leaving us $269 behind 2012’s funding level. That’s $2.1 million annually behind,” he said. “We don’t have funds to set aside.”
There will be several opportunities for the public to learn more about the sinking fund, with another public forum in the near future, upcoming newsletters, and new information coming to the website and social media outlets.
Questions can be sent to board members at loboard@lakeorion.k12.mi.us or to Marketing and Community Affairs Specialist Joe St. Henry at jsthenry@lakeorion.k12.mi.us.