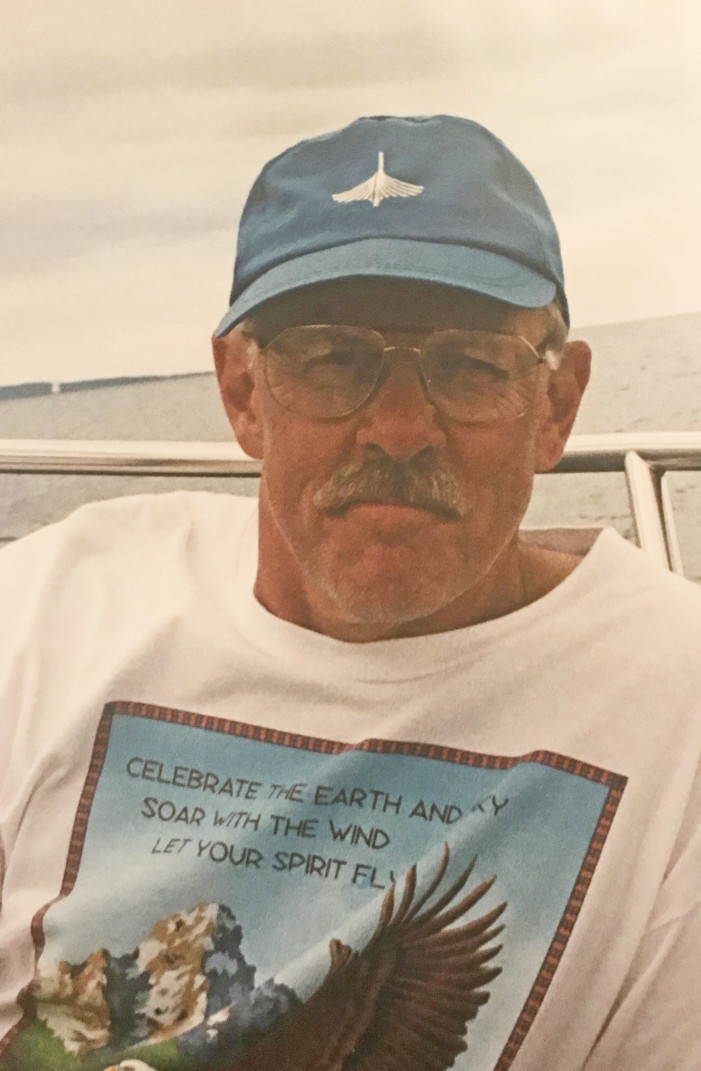 Richard “Dick” Bouton; of Chelsea, Michigan and formerly of Harbor Springs Michigan, passed away peacefully Friday, April 27, 2018 at his home, surrounded by his family. He was 80-years-old.
Dick was born February 12, 1938 in Detroit, Michigan, the son of Franklyn Loomis & Helen (Hartwell) Bouton. He graduated from Cranbrook High School in 1957. He studied architecture, then art, at the University of Michigan. Dick taught art at Southfield High School. He earned a degree in education and became a counselor in Lake Orion in 1975, then went into administration and was principal at Waldon Middle School in Lake Orion and at Harbor Springs High School from 1991-1996. He belonged to Chi Psi U of M Fraternity. Dick was a long-time member and Clerk of Session at First Presbyterian Church at Harbor Springs.
A professional sailor on Scaramouche, Dick did many long distance ocean races, as well as sail on the Great Lakes and compete in numerous Mackinac races. His passions were sailing, woodworking,  building boats, driving fun cars and of course his family. Dick loved the University of Michigan, especially Michigan football.
On July 8, 1978, he married Sally Marie Penette, and she survives. Other survivors include a son, Adam of Ferndale; and a daughter, Robin (Harrison) Buberniak of Temperance; a sister, Mary (Bob) Howe of Grosse Ile; and he was a doting “Papa” to his granddaughter, Cora Buberniak. He was preceded in death by an infant brother, Tommy Bouton.
There will be two celebrations of Dick’s life at a later time, one in Harbor Springs and one in Grosse Ile. Memorial contributions may be made to the Parkinson’s Foundation, with the hopes of finding the cure Dick was so optimistic about. Arrangements by Cole Funeral Chapel, Chelsea.
“He is now up in the ocean in the sky where the wind blows free and you always sail eased sheets.”

One Response to "Bouton, Richard “Dick; 80, formerly of LOCS"