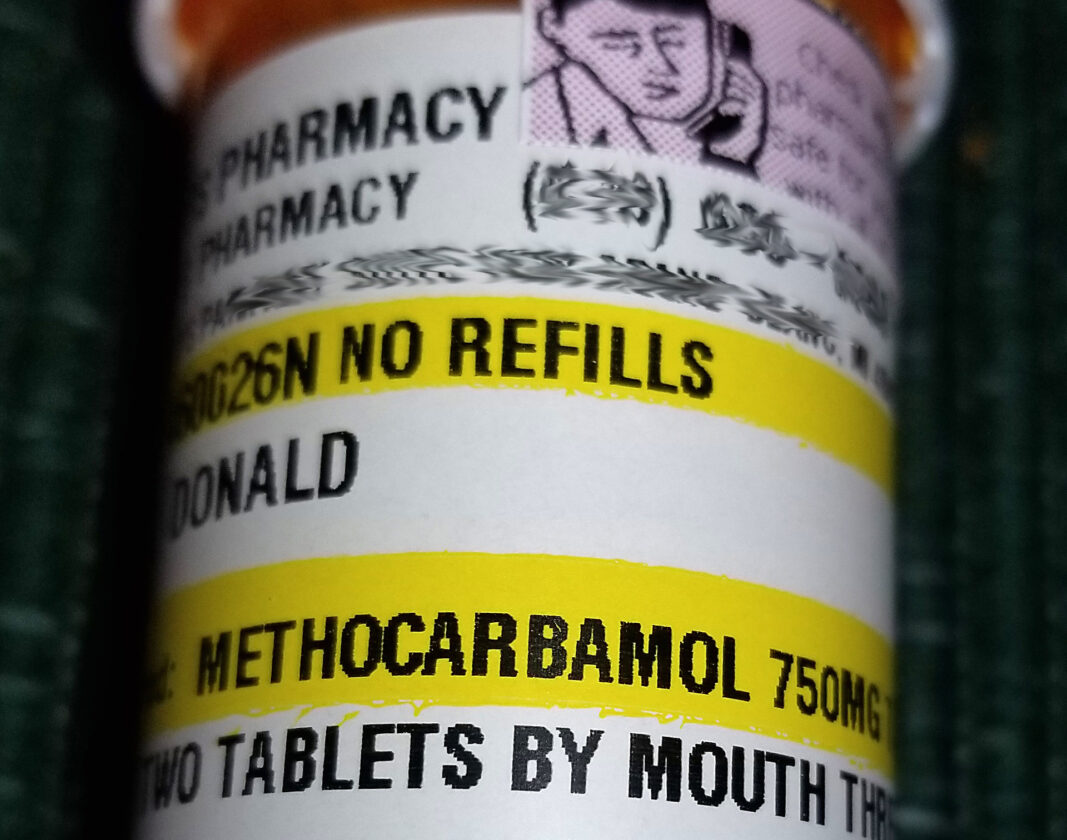 So when I heard the sign-in nurse lady say, “When was the last time you’ve been to the hospital,” my first response was, “For myself?” Then, as she looked up from her computer, maybe a little annoyed, I added, “The last time I was in the hospital for myself was when I was born.”
I am still not sure if she appreciated the humor of my candor. Shakily, I signed the admittance form and with not a little bit of effort followed another nurse to get my vitals checked.
(And, before I forget — pain meds are awesome — to let you know, John F. Kennedy was still president when I was born.)
Sure, I busted my ankle once or twice playing wallyball, busted a knuckle doing something stupid, got stitches above my left eye, sprained different body parts playing football — but all those things, good ol’ Doc. O’Neill in Clarkston took care of; there was no need for hospital visits — unless to take or visit family members or friends.
I’m not saying I’m Superman — far from. Heck, every two or three years I even get some sorta’ flu which takes me down for the count for three or four days at a time. For the most part, I’ve been pretty lucky in the health department. (I credit that to the copious amounts of onion, garlic and hot pepper I ingest for a daily regimen.) So, it was with much chagrin and I admit, with some tears, that I woke up last Thursday morning only to throw in the towel and send out a group text to the local heroes who live around me. Said text went something like, “Neeisoghakdk toomeuib me halke ho spital.”
The pain was such that I started texting in tongues. It wasn’t pretty.
I am not much for pain. My motto is, “Pain Hurts.” And, if I were to get a tattoo, that’s the ink I would get. However, tattoos cause pain. Pain hurts, and I’ve spent the better part of my life avoiding pain. Not bragging, but I’ve done a heck of a good job at it, too.
Yeah, it was uncharted waters for your pal, Dandy Don Rush. That being said, I figured turning into the waves of pain was a solid idea — until the first wave of pain forced me to roll out of bed, fall to the floor and send out the aforementioned text of tongues S.O.S.
In the group I texted — all who live within a few minutes of Casa D’Rush — thought it was either a joke, or an inadvertent butt text. As I lay on the bedroom floor, in my bathrobe, breathing deeply I did manage to focus (for about 20 seconds) and text one of the individuals of the group.
“See group text,” my fingers actually managed.
“What?” Dave Pat replied.
“Hospital. You take me?”
He texted back he was wrapping things up at work and he’d be there around eight. I think I sent out the distress signal just before seven that fateful, Thursday morning. Much like a snake sheds its skin, just in reverse, I gingerly slid into my jeans that happened to be lying on the floor from the day before.
I grabbed the bed to climb up and get to my feet. With a left leg and foot that were tingly messes, I wobbled over to the counter, fumbled to open the Advill bottle and deftly dry swallowed three, 200 mg pills.
I found a golf shirt and slipped it on, then, because it was still dark outside and I didn’t want to turn any lights on (I’m cheap that way), used the hallway walls to make my way to the living room to unlock the door, turn on the porch light and, without socks, slip on my sneakers. I sat on the couch, closed my eyes and waited for my ride.
* * *
Signing in at the hospital wasn’t bad. However, once they took my temperature, heart rate and all that jazz, and sent me out in the lobby to wait for a room in the ER, filling out the hospital admittance forms was a joke. I rated it a two on a scale of one to 10, with 10 being an awesome experience. It was electronic, I had to do it on my phone, I was in pain from the waist down on the left side and I had to read and agree to pages of legal documents. I didn’t read anything, I just filled in the “yes” buttons. As far as I know, I could have signed away the rights to one of my kidneys. So much for being your own advocate.
But, once I got in, got a shot, three horse pills and an hour of sleep I was right as rain — sorta’.
* * *

You’re asking, “What the heck was, or is the problem, Rush?”
The ER docs tell me they reckon it is a flare up of my sciatic nerve. Who woulda’ thunk you could go to bed one night with only the burdens of the world on your shoulders and wake up eight hours laters with such a stabbing pain in your side that you didn’t give a hoot about the world, let alone any of its burdens.
Climate change?
Injustice?
COVID-19?
As the kids used to say, “Whatevs. Where are my pain meds? I need them STAT!”
* * *
I was on my back, sleeping on the floor with my feet up on an ottoman (thanks, Katie K) from Tuesday to now. Sleep really comes in the form of 30 to 40 minute naps. So, I got that goin’ for me. Since, I wasn’t at work for four days last week, bathing was optional. It’s a good thing you didn’t stop by to help a brother out.
* * *
Thanks, Jeff V. for springing me from the hoosegow and taking me home. Thanks to Kathy and Mike who are always looking out for me. Thanks to everyone who sent me well wishes and advice on surviving sciatica. Oh, and since I wasn’t on the computer last week, but was on some good meds, I did have at least one moment of clarity and transcendental enlightenment, of which I will now impart to you:
Whether you put the roll of toilet paper with paper rolling off the top, or coming from under the bottom is not the issue. Stop arguing which way is the right way. The point is whether or not you have a roll of toilet paper when you need it.
Send comments to DontRushDon@gmail.com

A little ouchy time with Mr. Rush added by Don Rush on October 15, 2020
View all posts by Don Rush →