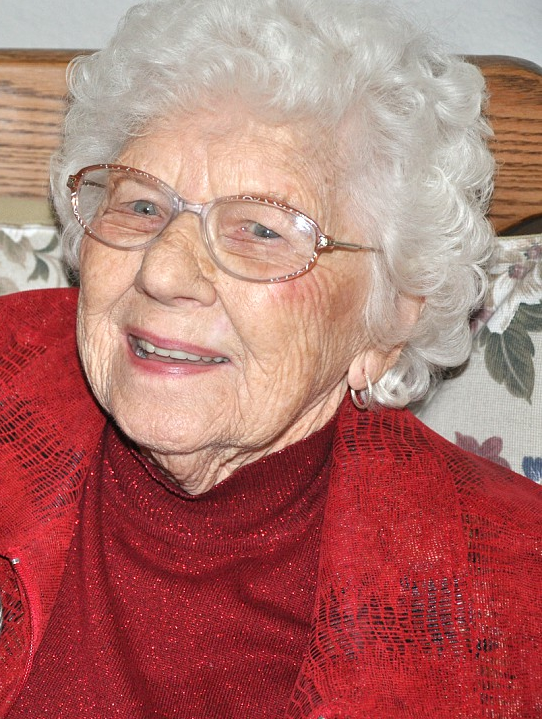 By Jim Newell
Review Writer
One of the First Ladies of The Lake Orion Review – a fixture at the newspaper for 34 years – has died.
Ellen Lucille Blom Carlson, a resident of Lake Orion for nearly 50 years, died in Huntington Beach, California on Jan. 5. She was 97.
Ellen and her husband, Martin Carlson, published The Lake Orion Review between 1964 and 1972. After 62 years of marriage, Martin preceded her in death in 2000.
Ellen was a Jill-of-all-trades while she and Martin owned The Lake Orion Review, working as office manager, her “official” title.
But she also found herself sweeping up lead shavings from the press machines printing plates on Sundays, or spending a lot of time driving to Romeo or Royal Oak to pick up metal plates for photos.
She took photos for the newspaper and spent a lot of time in the dark room. Her very first photo was of Gov. George Romney’s wife, Lenore LaFount Romney, the mother of Mitt Romney.
During their ownership of the newspaper, the Carlson’s stressed the personal elements of the business, attending innumerable club meetings and social events.
“We were asked to come to functions and they always asked us to bring our camera,” Ellen said.
The couple sponsored bowling teams and Martin was active in the Rotary Club. “It was fun. We pretty much knew everyone in town,” Ellen said.
It was Martin Carlson who changed the name of the newspaper from the Orion Weekly Review to The Lake Orion Review back in 1964 to be more identifiable with the village.
After Jim Sherman, Sr., and his family purchased The Review in 1972, Mrs. Carlson asked to stay on as office manager.
She was a fixture at the newspaper office at 30 N. Broadway Street, manning the phones and running the office until her retirement in 1998.
When Ellen retired, she and Martin moved to California to be closer to their sons, Hugh and David.
“We’re moving because of Marty’s health and the family’s there,” Ellen said in 1998. “I never would have given up this job. I had no intention of retiring as long as I could get there on my own two feet.”
Ellen was born in 1919 in Daggett, Michigan as the ninth of 11 children and was the last surviving sibling. Both of her parents had been born in Sweden. She was awarded the title Stephenson County Health Queen in 1938.
She is survived by her two sons, David and Hugh (“Hac”) Carlson, both of whom grew up in Lake Orion and graduated from Lake Orion Community High School: David in ’58 and Hac in ’66. Both now live in southern California.
Ellen is also survived by four grandchildren, Kristin Carlson of Bonner Springs, Kansas; Kimberley Carlson of Huntington Beach, California; Shannon Carlson of Newport Beach, California; and reverend Erik David Carlson of Kenosha, Wisconsin.
She was predeceased by a great granddaughter, Rain, and is survived by two great-grandsons: Maddox Wee of Huntington Beach, California, and Miles Carlson of Kenosha, Wisconsin.
Ellen contributed her body to medical research at the University of California – Irvine Medical School. Memorial services in California and Wisconsin will be conducted later in the year.
Contributions in her name may be made to her grandson’s church: Bradford Community Church Unitarian Universalist, 5810 8th Avenue, Kenosha, WI 53140.