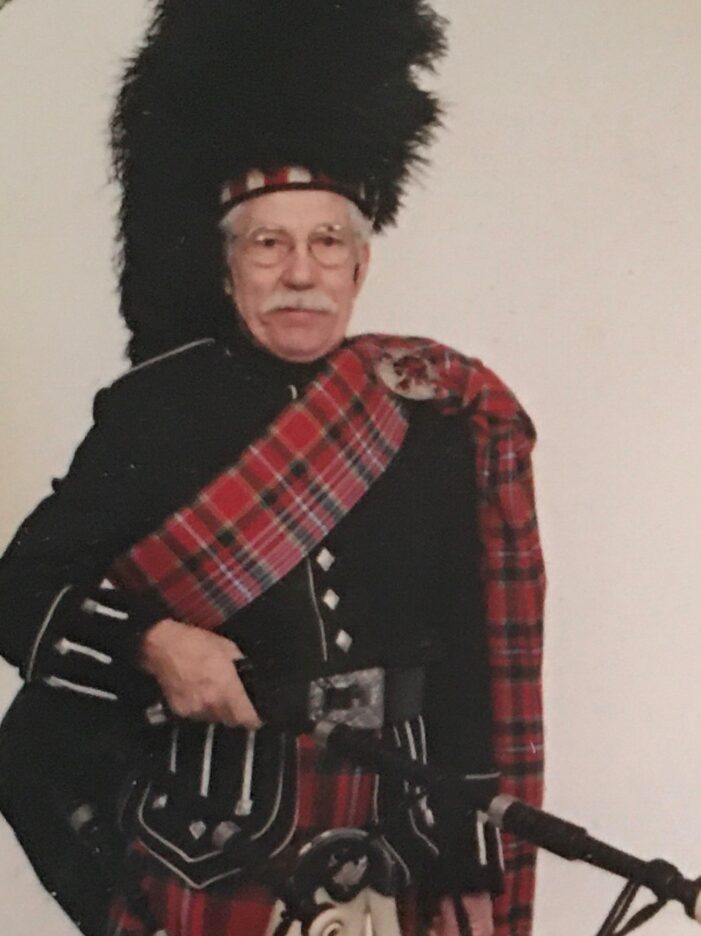 With heavy hearts, we announce the death of William “Scottie” Fordyce, who passed away on December 28, 2020 at the age of 90.

Although hailing from Scotland, he loved this country. His introduction to America was quite grand. He landed in 1947 on the 4th of July. Scottie’s first visions of this new land were parades and firework shows.

Scottie often told fanciful stories of moving to Detroit right after World War II. He witnessed the rise of Detroit and reminisced his time cruising “the strip.”

Scottie spun tales of his time at the Barrington and the Fox & Hounds that would make movie directors jealous. His friendships from those years proved to be lifelong.

America granted him opportunities not available in his native land. He had the opportunity to go back to school and graduated from The University of Wisconsin’s banking program. After decades in finance, he retired as a Vice President of The Wayne Oakland Bank/First of America. Upon his retirement, he was finally able to trade up from his stuffy suit and tie, brief case and sedan to his beloved antique tractor and coveralls.

In retirement, Scottie embraced his two favorite trades learned in Scotland: woodworking and upholstery. He even spent some time educating and training a new generation of woodworkers while teaching night school.

He was never too old to learn something new and demanded perfection in all that he did.

Scottie took great pride in finding a bargain or treasure to add to his various collections. He admired music of all kinds. He played the bagpipes and marched in a band well into his 80’s. He loved Elvis and respected The Beatles. He felt Frank Sinatra was the greatest of all time. Like the song goes, Scottie did it “his way.”

He had a great love for Scott’s Porage Oats, chicken livers, milk with ice, tootsie rolls, and Scottish shortbread cookies. We often celebrated special occasions with meat pies and bridies from Ackroyd’s Bakery. He spent many mornings at DK Donuts in Lake Orion and Knapp’s in Rochester.

Scottie invented compound cuss words that seemed more humorous than disarming, as they were often spouted out in his thick Scottish brogue.

He loved an adventure and travel. Scottie was known for his yearly bonfires that were only considered successful if they were either visited by a Sherriff’s deputy or the fire department.

Scottie cherished his mom and dad, calling himself an orphan after they both died well in their 70s. He loved his wife, children and grandchildren. His grandchildren would tell you he is a great storyteller and an even better listener.

Scottie leaves behind a beloved wife, Connie. His dog, Willa.

We would be remise if we didn’t also mention the many close friends and neighbors that share in our loss.

And just like he entered our lives under fireworks: he left us in between Christmas & New Years.

Family and friends can send condolences in memory of Scottie or donate in his name to The Salvation Army.

A celebration of life is planned for a later date. Leave a sympathy message to the family on the memorial page at Pixley Funeral Home: https://www.dignitymemorial.com/obituaries/rochester-mi/william-fordyce-9973258.