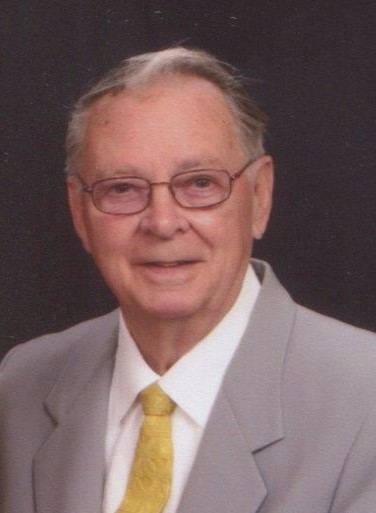 He is survived by Josephine, his loving wife of 61 years; son Craig, daughter-in-law Barbara and grandson Blake; son Garth, daughter-in-law Pamela and grandchildren Alex and Anika; and his brother Harry Stephen and his wife Carol.

Called by his middle name “Dick” amongst the family (and called “Steve” later on), his mother Phylis died of tuberculosis when he was 5-years-old.

Dick spent his summers as a boy in Lake Orion and Pontiac and often wintered near Sarasota with his grandmother.

He also showed movies at lunch for 3¢ per student. By senior year, class profits from this venture totaled approximately $10,000 (about $160,000 today). It paid for a Senior Class Prom at Indianwood Country Club, along with other extravagances for the class that year. Dick was a charter member of the Lake Orion Boat Club and claimed to have coined the phrase “Lake Orion: Where Living is a Vacation”

Upon graduation from Lake Orion High in 1944 (at age 16), Dick joined the U.S. Army. During Basic Training, his young age was discovered and he was reassigned to the University of Illinois to study Industrial Engineering for war production.

“Steve” then saw service in the Aleutians by war’s end. After discharge, during the summer, he saved to complete his degree by working at a beer store in town, and by delivering the community’s mail by boat around Lake Orion. It was one of the only official marine U.S. mail routes ever established in the United States.

Steve’s first career job was with Ford in 1950. He later took engineering positions in Indiana, where he met a charming young lady named Josephine Tull.

In the early 1960s they moved back to Michigan, where he worked for Parke Davis Pharmaceuticals. Steve held a number of U.S. Patents for Capsule filling processes.

After retiring from Parke Davis in 1979, he immediately founded a company called DataLyzer, where he worked 27 more years traveling hundreds of thousands of miles, throughout every populated continent to consult with industrial clients. The company continues today.

Steve was a two term Mayor of Orchard Lake, where he lived for more than 30 years. He was also a VFR pilot.

He was a loving husband, father and grandfather; a brilliant leader and entrepreneur; a gifted industrial advisor and a loyal friend.