Volunteers still needed for Dragon on the Lake 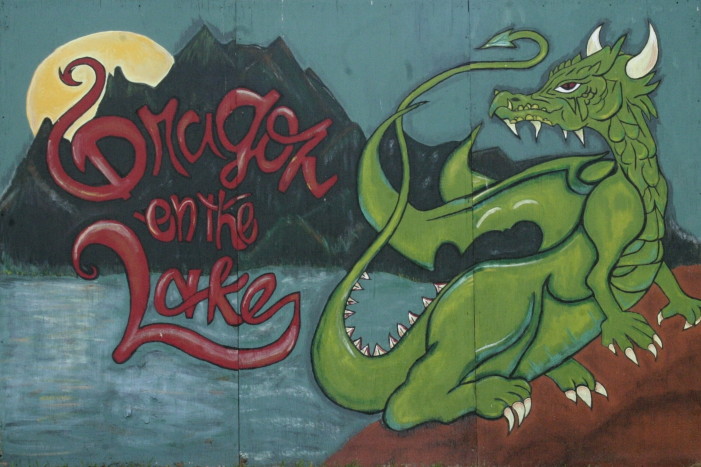 By Chris Hagan
Review Staff Writer
The Dragon on the Lake festival has turned into one of the flagship events not only for Lake Orion’s summertime calendar but for the entire county.
The event, which centers its focus around the promotion and exposure of the arts, takes over the downtown area beginning Thursday, Aug. 25 until Sunday, Aug. 28.
The kickoff evening event, a foam party, will also be a first for DOTL. The tent, which will later become the Dragon Pub, will transform from a simple parking lot into an exciting event of music, dancing and lots of foam.
“We wanted something that was all ages and not something that was geared around the pub,” DOTL Event Organizer Alana Hart said. “It’s an opportunity to engage families and kids of all ages and it’s something the community’s never had before.”
Hart said that even though the concept of a DJ and a lot of foam might sound a little odd to some, it’s something that has been extremely successful at community events around the country.
The foam is pumped into the tent, located on Anderson St. by Children’s Park and a DJ will play music. Hart said it’s a fun way for adults to take themselves back a couple years while allowing families to have a fun, safe experience that kids will love.
“We’ve never had something like this and we think it’s great thing to try new things and engage people of all ages,” she said.
Returning this year is Movie in the Park and Party on the Point, both taking place on Friday, Aug. 26.
Movie in the Park will include a large, 40-foot movie screen set up in Greens Park with a screening of How to Train Your Dragon 2 starting at 9 p.m.
Preceding the movie is the adult-only Party on the Point, located just south at Pelton’s Point.
The party will feature live music, small plates of seafood, sushi and italian samplings with pairings of beer and wine. Party goers will be able to mingle with board members, event sponsors and partners all while having the best view on the lake for the lighted boat parade.
But as DOTL gets closer, according to Hart, volunteers are still needed to make the event the successes it has developed into. She said that without the volunteers much of the festival couldn’t operate and it would ultimately take away from the Orion Art Center.
“It’s a community event,” she said. “We run on volunteers and it comes from the grace in our hearts and the love for Lake Orion.”
Signing up to volunteer is extremely simple as the creators of DOTL are using a website, signupgenius.com, to schedule all volunteers. Volunteers are able to sign-up and work different shifts throughout the festival from working traffic to doing set-up and assisting with chalk art set-up.
The foam party will run from 6 to 10 p.m. on Thursday, Aug. 25, and tickets are $10 online and $15 at the entrance to the tent located in the public parking lot on Anderson St.
Party on the Point runs $50 per person, and tickets can be purchased by following the prompts for Party on the Point on dragononthelake.com.
Information for volunteering to help for DOTL can also be found on their website, and for any questions about any of the upcoming events, the Orion Art Center can be reached at (248) 693-4986.