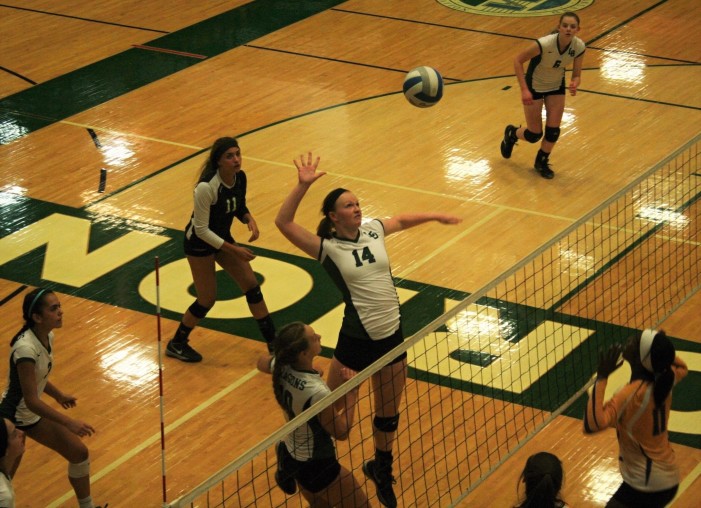 By Georgia Thelen
Review Staff Writer
The Lake Orion Varsity Volleyball team has done nothing less than show their Dragon Spirit this season.
With an overall record of 12-3, they are proving they are in it to win it.
The Lady Dragons have competed in two tournaments this season, with a third-place and fifth-place finish.
And with the challenges facing them this season, Coach Tony Scavarda knows that while the girls have worked and have the ability to win, the team still needs several players to rise to the occasion.
“This team graduated eight seniors but we are returning a few kids who were impact players for us last year,” Scavarda said.
“We will need big contributions from several players who have not been in this position before, but we have the talent to still be a very competitive team and possibly make a run at districts and beyond,” he said.
There are 16 girls, including eight seniors, on the 2016 team, so they have experience and leadership. The senior captains are Mallorie Berriman, Leah Kalugar and Lindsay Wightman.
The coach and his team are hoping they have what it takes to make it to districts and beyond, but expect some tough competition along the way.
“Our biggest league competition this season is Clarkston,” Coach Scavarda says.
The Dragons have a home match against Rochester Stoney Creek on September 15.