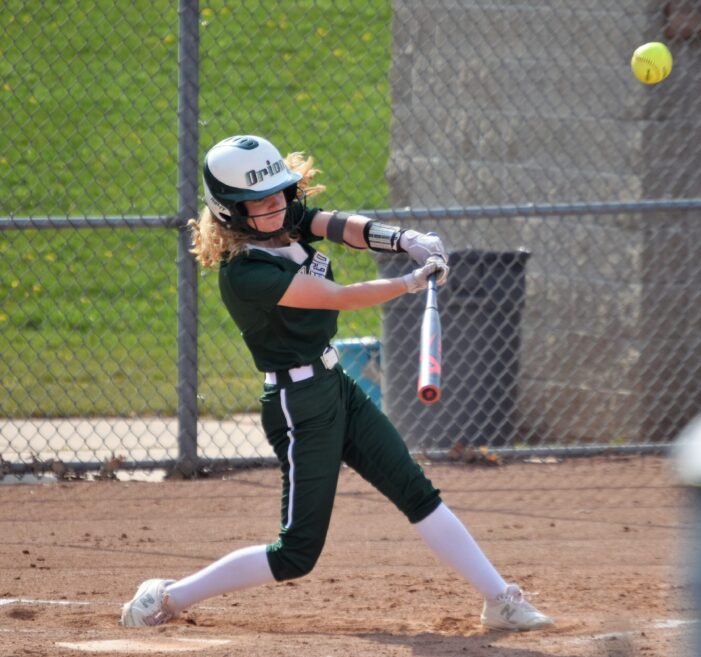 With a little more than half of their season left; Lake Orion High School’s varsity softball team is off to a good start with a winning record of 9-3.

On Friday, after a tough 9-5 loss in the first game of their doubleheader against Davison, the Dragons narrowly secured a win, beating Davison 10-9 in the second game of the evening with a sixth-inning comeback.

The Dragons went on to get back-to-back wins on Saturday morning against Western (15-6) and Grand Haven (12-11).

The ladies’ second game of the day against Grand Haven was a bit more of a fight for the Dragons. Falling behind early in the first inning, the ladies had to battle for every run. It wasn’t until the final inning that the Dragons pulled ahead to secure the win.

Gardner led the Dragons in hits with three and also batted in three runs. Infielder Brooke Schoenberg contributed to the winning effort with five runs batted in. 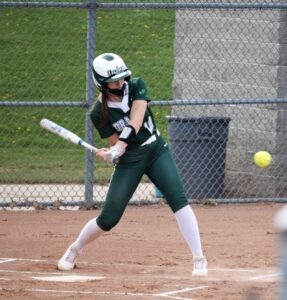 “We’re in the OAA Red which is the top division and I think we can win that. That’s our goal is to win it,” Woityra said. “We’ll get competition from probably Rochester Adams and Oxford.”

The Dragons also find themselves in the district with all three Rochester schools; Adams, Stoney Creek and Rochester High School.

“Those would be our two main goals; win the league, win the district. Just telling the girls to improve and we’ll improve from where we’re at now. Shooting to the end of the year, we’ll get a lot better if we work hard,” said Woityra. “We were playing a lot of girls early and kind of told them that the first quarter to a third of the season we’ll be playing a bunch of girls. Us learning them and them learning our system and everything and we’re about to that point now.”

Just like most spring athletic teams, the varsity softball team has had a lot of rebuilding after missing last year’s season due to the COVID-19 pandemic.

“We are a very inexperienced team as far as – we have six seniors, but we also have four freshman and three or four sophomores. But the seniors, only one of them has any varsity experience so because of COVID last year, we missed a whole year. So, those girls didn’t have the chance to gain that experience, the ones that would have been on the team,” Woityra said.

Traditionally, when the season begins Lake Orion coaches have already had the opportunity to understand the nuances of the individual players on the team, but this year has definitely proven difficult in that aspect.

“It’s a big learning curve that’s just bigger this year because of everything. Normally, as girls come into our program, you get a rapport with them and know what makes them tick and what makes them get better and we’re still learning that. We just don’t have the time with the girls that we’ve had in the past,” Woityra said.

Even with the complications that COVID-19 guidelines have created, the Dragons are doing all they can to put their best foot forward each game.

“We’ve got two out now (quarantining). So, it’s just you play the cards you’re dealt every week, every day pretty much. And it’s nothing that the girls have done wrong, it’s all contact tracing; they don’t have it but they have to sit 14 days which is kind of a killer because two weeks out of your season when we have a season that’s basically two months long,” Woityrasaid. “But basically, two weeks, heck last week we played five games in less than 24 hours. So, they could miss five, ten games if they’re out two weeks. And that’s tough but that’s an opportunity for the person that sits behind them or is filling in for them to show what they can do and then we just evaluate when they come back.”

The Lake Orion ladies take on the Rochester Adams Highlanders (9-2) on Tuesday at 4:30 p.m. at Adams High School.