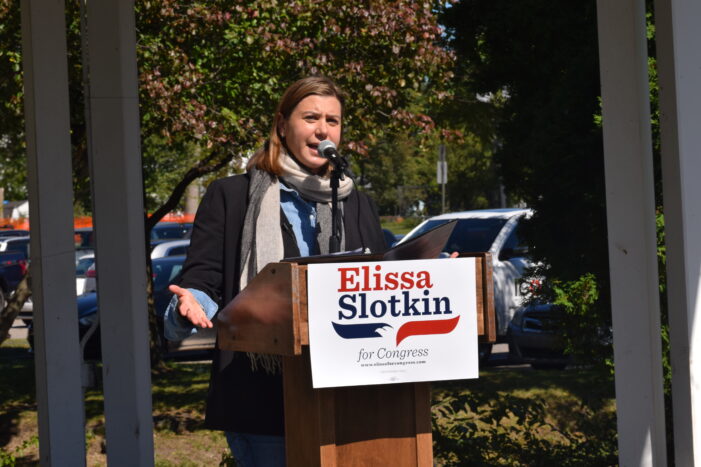 Slotkin spoke briefly from the Children’s Park gazebo to Democratic supporters, laying out her reasons for seeking re-election before a question and answer session and then a one-on-one Q&A to hear questions and concerns from individuals.

Lake Orion Downtown Development Authority Executive Director Molly LaLone gave Slotkin and Moore, who live in Holly, a tour of the village, with Slotkin speaking to local businesses owners about how they have been affected by the COVID-19 pandemic.

“We saw what Michiganders can do when there is a desperate need,” Slotkin told supporters.

Slotkin told guests one of the reasons she ran for office was to help people with pre-existing medical conditions get medical insurance coverage. She said the next president should nominate the next supreme court justice and she wants to bring manufacturing back to Michigan and the United States. 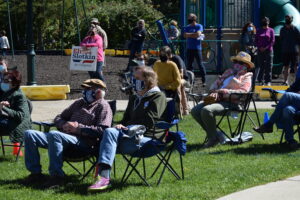 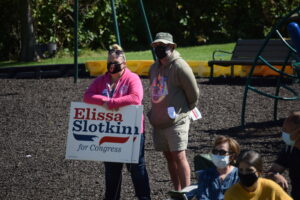 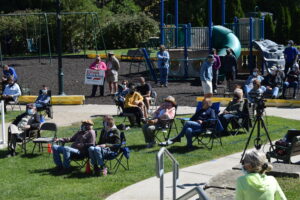 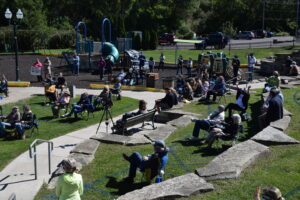 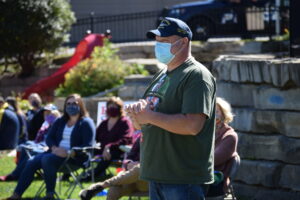 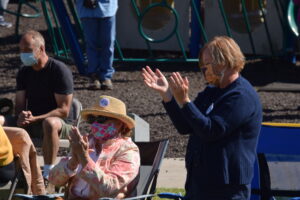