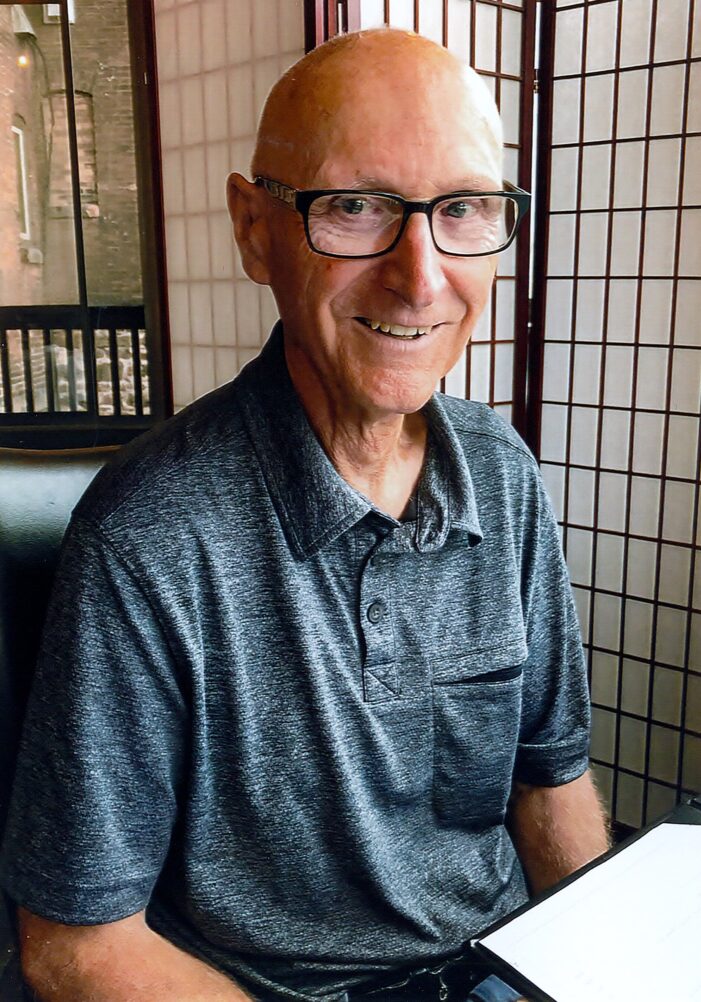 Timothy Robert Pinchback was born in Detroit in 1948 to Tyrus Pinchback and Rose Mary (Barney) Pinchback.

He was raised in Clawson, Michigan and was a 1966 graduate of Clawson High School. He went on to earn a PhD in Metallurgy from Michigan Technological University.

Tim was married to Sandra (Keller) Pinchback of Clawson, Michigan, for 50 years. Tim and Sandy moved to Houghton, Michigan in 1971. After serving in the Navy during the Vietnam War, they lived in Long Beach, California, while Tim finished his time in the Navy.

They moved to Jackson, Michigan and later to Rochester Hills, Michigan. They resided in Lake Orion where they have lived for over 30 years.

Tim worked at Wilson-Garner Company in Harrison Township. He is survived by his wife, Sandra, his son, Ian Pinchback, daughter-in-law Liz Pinchback, and grandson, Jack Pinchback, all of Lake Orion.

He also leaves behind his brother, Larry (Nancy) Pinchback, and his brother Keith Pinchback. His sister, Jill Barrett, preceded him in death.

Tim was a man of many interests and accomplishments. He will be remembered as a voracious reader, a lover of opera, a fisherman, a metallurgist, a guitar and banjo player, a lover of science, a businessman, and a U.S. Navy veteran.

But mostly, Tim will be remembered as a family man, always doing for others. He never complained, but chose instead, to enjoy all the pleasures of life, whether listening to Pavarotti or taking his beloved grandson grocery shopping.

As the head of our family, this good, quiet man taught us by example to persevere, show kindness and face whatever life has in store for you. He will be greatly missed.

A memorial service will be held on Monday, May 24, 2021 at noon at Sparks-Griffin Funeral Home, Lake Orion. Visitation will held from 11a.m. until the time of service.

In lieu of flowers, Tim asked that donations be made to his grandson’s college fund, payable to Sandra Pinchback.