Three St. Joe’s students are winners in the America & Me essay contest 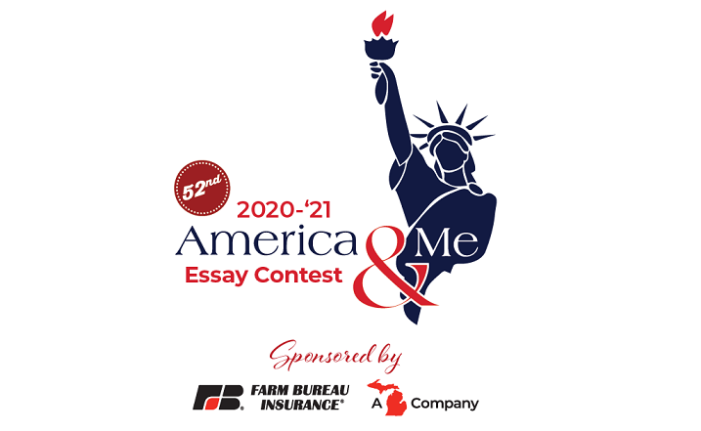 The St. Joseph students will be honored at an honors ceremony in June at the school. Tyler Kirby won first place; John Jones won second, and Vincent Schueller, third.

The contest was sponsored by Farm Bureau Insurance.

Tyler’s essay was about his father, Jeff Kirby, “a true superhero,” he wrote.

“My dad inspires me because he is truly caring. When I was just born, he quit his job as a police officer just so he could be with me.”

Tyler’s father then became an ICU nurse, and later, a CRNA (nurse anesthetist).

John wrote his essay about his dad’s best friend, Alan, who went through the SEAL training process, but did not make the roster, and then went on to join the U.S. Marines.

“Whether if it’s about sports, the military or academics, he’s always there to answer all of my questions,” John wrote. “He has motivated me to achieve my life goals, like going to the Naval Academy and becoming a Navy SEAL.”

Vincent wrote about his father, Gregory Peter Schueller, an attorney who works in the Juvenile Court system.

“When he goes over to see his clients, which are sometimes young children, he tries to make them laugh/smile and sometimes makes them a paper airplane. When he is talking to older clients, like teenagers, he seems to know what it must feel like for them to be faced with a criminal charge or a misdemeanor. He breaks it down into a worse-case scenario type of deal of what might happen at the trial.”

Tyler’s first place essay advanced to the state level competition, from which the top 10 essays in Michigan will be selected. The top 10 statewide winners each have received a plaque, a medallion, and a cash award of $1,000.

In addition, each top 10 statewide school will receive a $1,000 check, along with an additional $500 if the school was sponsored by a Farm Bureau Insurance Agent.

Due to the pandemic, there will not be a scheduled awards day this year.