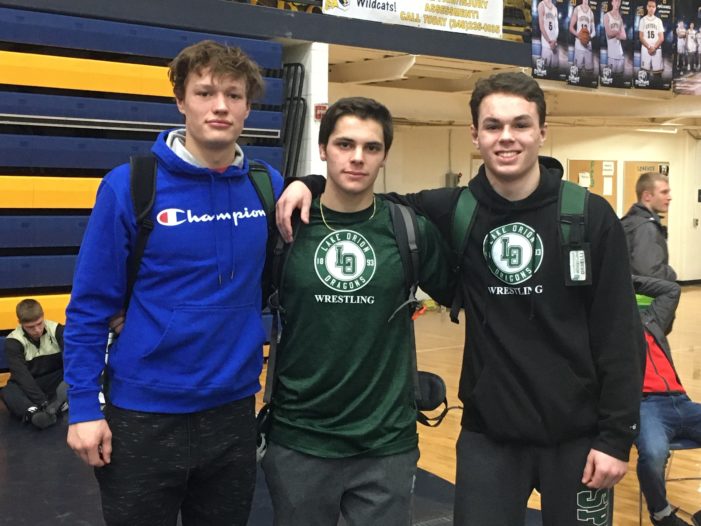 Kinne placed second in the 189 pound weight class going 2-1 on the day. His only loss was in the finals against the number one seed from Davison High School. Kinne came close but lost that match 2-0.

Anthony Vellucci needed an extra match to secure third place in the 152 pound weight class going 3-1. Along the way vindicating a loss from districts. He wrestled to a 1-0 victory over his Clarkston High School opponent from last week to secure his spot at states.

Dominic Orselli also had a rematch from the prior week. He also went 3-1 on the day placing third at 171 pounds. He capped off the day with a 10-5 revenge win against Royal Oak senior Earle Weaver.

Next up will be the biggest test of the season as they compete in the state championship in two weeks at Ford Field on March 6 and 7.

The top 12 wrestlers from each weight class will meet and vie for a chance to stand on the podium as one of the top eight.