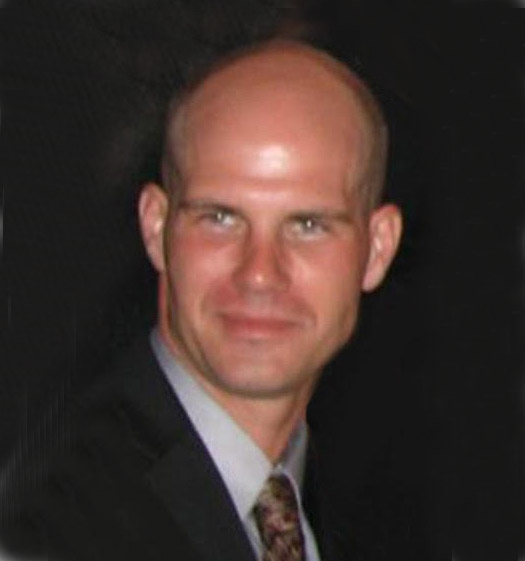 Theodore “Ted” “Teddy” “Theo” Joseph Middleton of Clarkston MI, died October 30, 2020 of injuries sustained in a car accident. He was 46.

Born December 10, 1973, Ted grew up on his family’s dairy farm in Ortonville, MI, the youngest of Tom and Kathy Middleton’s three children.

From an early age Ted loved anything with wheels and an engine. At five years old he could name the make of any tractor-trailer on the highway as soon as it came into sight, and he dreamed of driving a big rig one day. He used his toy John Deere tractors to grow a cornfield in his sandbox and “farmed” in parallel with his dad. Whatever Tom was doing in the fields on any given day – planting, cultivating, fertilizing – Ted was doing in his sandbox with all the earnestness of a man with a mortgage and a crop loan.

Life took Ted away from the farm, but he never lost his enthusiasm for farming. In his downtime he would immerse himself in his Farming Simulator game, boasting to Tom about the (virtual) 16-row corn picker he’d (virtually) bought and figuring out together the logistics of getting that (virtual) corn out of the (virtual) field.

After high school Ted worked in promotions and logistics, making friends and collecting stories as he crisscrossed the country for the better part of 28 years. He managed promotional tours for Kawasaki, California Street Rods, Boeing, Cadillac Racing and many others, working in recent years as a tour manager and driver for EEI Mobile in Rochester Hills.

His career put him on the road a lot – often behind the wheel of a semi – but also led to a lifetime of singular experiences. Ted led a team that set a world record by driving a garden tractor across the continental United States. He hauled classic cars and custom motorcycles to events around the country and led demo rides for Kawasaki’s motorcycles and side-by-sides.

If Ted’s travels brought him near your house, he’d likely show up on short notice for a quick visit and give you a peek at whatever cars/motorcycles/robot bartender/flight simulator he was hauling. He’d probably leave you with some promotional swag, too, because he’s “got a whole box of those.”

A generous and fun-loving man who made friends wherever he went, Ted enjoyed exploring the limits of high-performance machinery, whether it was a virtual corn picker or a real dirt bike, a new handgun or rifle, or the Aprilia street bike that he named “Bella” after his paternal grandmother.

He took care of the people in his life, and he’d drop everything to help anyone – friend or stranger, man, woman, child or squirrel. While it shocked us all to lose him so suddenly – and so young – no one who knew Ted expected him to die of natural causes. He lived his life in double-time, packing so much living into 46 years that we figure he reached an experiential age of 92.

Ted is survived by his parents, Tom and Kathy Middleton, of Clarkston, MI, a brother, Jason (Carrie) Middleton of Ortonville, MI, a sister, Amy (Steve) Whitesall of Chelsea, MI; nieces and nephews Katie and Jacquie Middleton and Ben and Nick Whitesall; and a Jack Russell terrier named Eddie.

His spirit lives on in his family and in the hearts of many, many dear friends for whom he would happily move heaven and earth if you gave him just a second to find a tow strap in the back of his Jeep.

A Funeral Mass is Friday, Nov. 6 at 11 a.m. at St. Anne Catholic Church, Ortonville with visiting directly at the church at 10 a.m.

In lieu of flowers, donations can be made to the Wounded Warrior Project in Ted’s memory.

One Response to "Theodore Joseph Middleton, 46, of Clarkston"