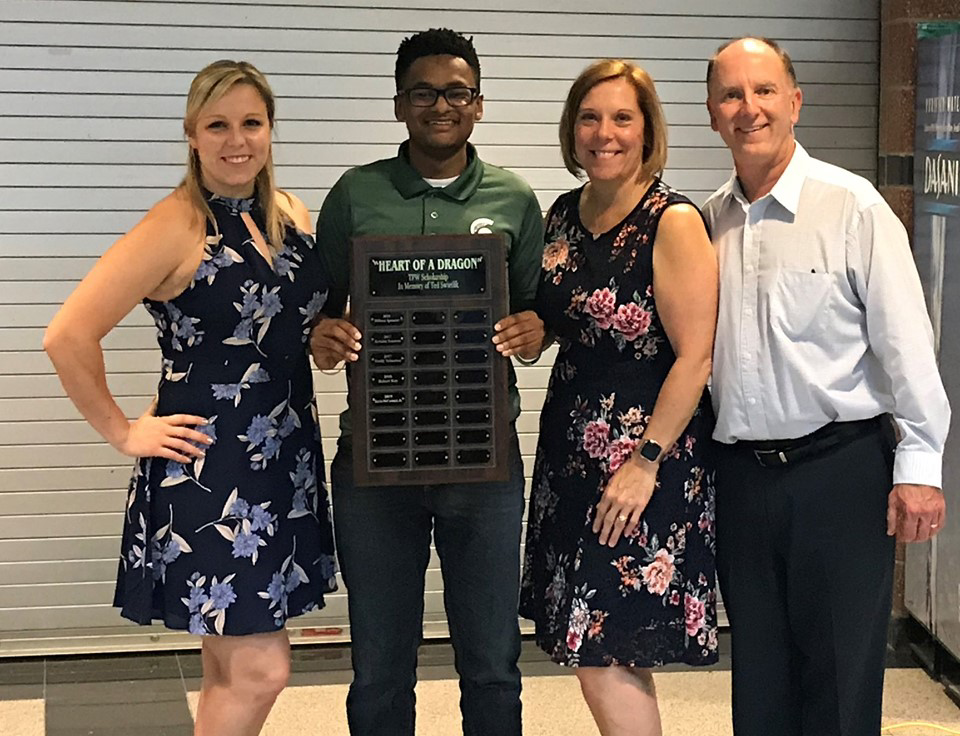 Contributor to The Review

The winner of this year’s Ted Swietlik Heart of a Dragon Scholarship is Kevin McCormick Jr.

This scholarship was established by the Lake Orion High School Television Production Workshop alumni in memory of Ted Swietlik four years ago.

Ted Swietlik, a 2014 graduate of LOHS, was a 2-year member of Television Production Workshop (TPW) and participated in many of the broadcasting classes. He spent a lot of his time in the TPW studio and classroom as he pursued his dream of being a sports broadcaster.

Ted had a congenital heart defect and is the first-ever TPW alumni to pass away in the workshop’s 30-year history. Thus, the TPW Ted Swietlik “Heart of a Dragon” Scholarship was born.

Ted had a passion for life and a heart of gold. He was proud to be a Lake Orion Dragon and a member of the TPW family. In spite of the limitations caused by his heart problems, Ted contributed hundreds of service hours to the community. It was very important to Ted to help others in need.

This scholarship is given to one current TPW student each year who exhibits similar ambitions and values as Ted.

This year’s recipient, Kevin McCormick Jr., also has the heart of a dragon. He has recently suffered tragedy in his life but has found the courage and fortitude to press forward. Kevin continues to help and encourage others through his leadership and no quit attitude.

The heartache that he has endured has made him a better person and he has chosen to use the lessons he has learned to continue his dad’s legacy and show his passion for life. He also has a passion for sports, like Ted did.

Kevin will attend Michigan State University to pursue a career in broadcasting and journalism.

This scholarship is funded by the TPW alumni and donations. If you would like to contribute towards this scholarship, go to https://parent.payschools.com/cat.asp?id=C77F8716D2A64460846A6AAF55F9600F.

Television Production Workshop presents ‘Heart of a Dragon’ Scholarship in memory of Ted Swietlik added by mmkelley on July 17, 2019
View all posts by mmkelley →