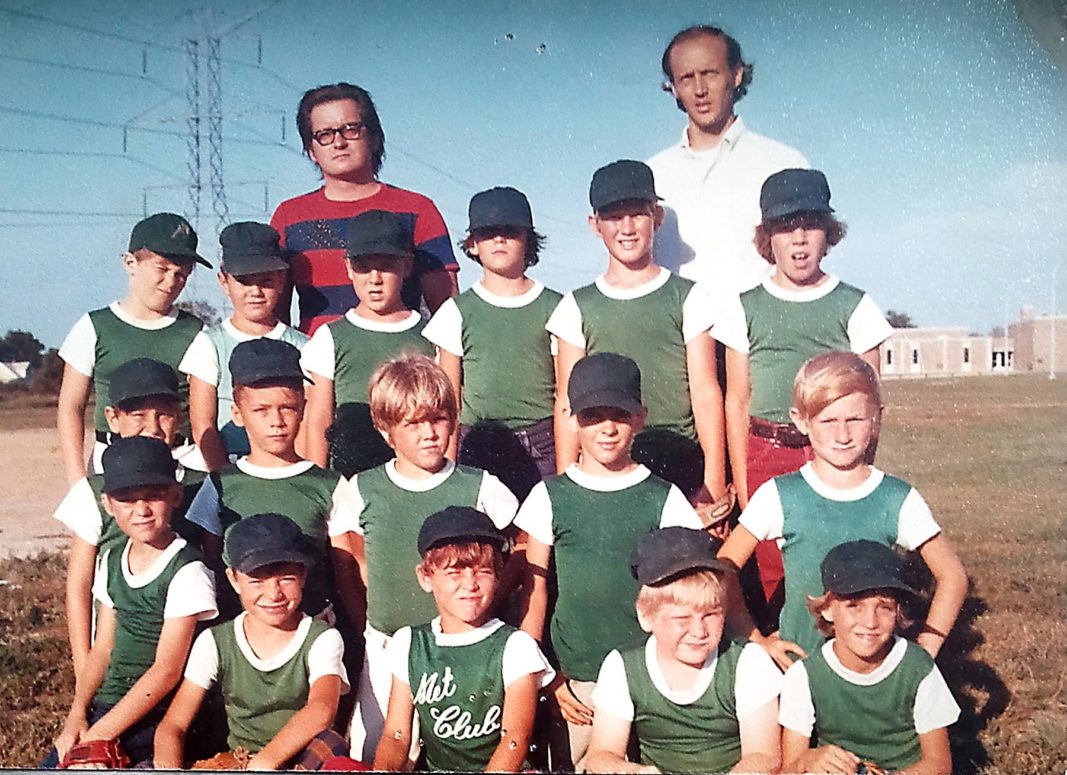 I squinted my eyes as I looked out to the western sky. The sun was still relatively high in the early evening hours, but working in earnest on its descent. The temperature was still close to 90, oppressive out there next to the field. Dust blew into my face on the heat-filled wind.
“Batter up!”
It was too hot to work in the yard in the middle of last week, so bored at home, I strolled on over to the old ball diamonds to watch two little league teams play. It was a high stake’s game with the league title, bragging rights and awesome trophies on the line.
The players were eight, nine or 10-year-old girls and it was a “coach-pitch” game. I leaned up against the fence a few feet off the first base line. Up and down the metal chain length fences, on both left and right sides of the field parents, siblings, aunts, uncles (and me) ignored the heat to watch the two teams play.
I smiled the whole gosh-darned game! What heat? I left refreshed (though sweaty and dusty). It was just fun to watch the young kids play. I loved watching them look up and listen when their coaches talked to them. And, while some of the kids were obviously further along in the skills department they all did their best. Despite last week’s hot temperatures, they fielded grounders, threw out batters and swung the bat. They were all red-faced.
Yes, there were some errors. Some strike outs and some close plays. But, you know what? No discouraging words were slung. After each play, both sides of the field applauded. Even after flubs on the field I only heard on-lookers shout phrases like:
“Way to go!”
“Nice play!”
“Good job!”
No parent yelled at the umpires after a close call.
The girls in the dugouts even cheered on their team’s batters with rehearsed chants of encouragement. Come to think of it, these kids did not harass the other team. Times have changed.

I remember when I played little league ball and I do not remember chants of encouragement. While that was years and years and some decades ago, I remember we only taunted the other team.
When the other team’s batters were up, we chanted, “Hey, batter, batter, batter . . . SWING!”
When the other team’s pitcher round up to throw the ball to our batter we heckled, “Pitcher’s got a rubber arm! Doo-do, doo-da!”
We were way less polite than today’s players. And, it’s probably a good thing. No kid needs to hear jeering, booing or hissing — especially at this age in their game. I wonder if some kids in my day were discouraged enough by our shenanigans to not want to play anymore? I wonder if we made them quit baseball for the rest of their lives? If so, that’s is a shame — and something I have never thought about until just this moment when like a shot between third and short stop, the thought left my brain and slid into my fingers.
“Safe!”
I loved playing little league recreation ball. Some good memories and some funny memories. Oh, heck I believe the summer after third grade was a watershed season of baseball learning. That was the season where wearing a “cup” to protect your dangly bits was required. As I remember it, I was at second base, waiting to run to third if we got another hit. I also remember a lot of pitches being tossed and being stranded out there on second base all by myself and really, really having to “go number one.”
On that long ago day, I remembered I was wearing a “cup” and logically deducing I could probably relieve myself and nothing bad would happen; all liquid would be caught in said cup. Nope. That was the year I learned not all cups are a like. Unlike a rose is a rose is a rose, a “cup” is not a cup. (Luckily for me sliding into third and getting all dusty kinda’ covered up all evidence of the act I committed a few pitches before.)

Memories. I loved coaching little league recreational baseball for both my boys’ teams. I enjoyed teaching as my coaches taught me and the kids I played with. How to swing a bat, throw, catch, field — all the fundamentals. I enjoyed talking with the kids and loved it when a spark of recognition lit up their eyes.
I’m glad I went to the ball park last week. I was so glad, I thanked one of the coaches I knew for no other reason than he and other parents were out coaching, taking the time to be with the kids. Like I said, despite the blistering heat and dust-ladened wind, I left refreshed — my hope for humanity bolstered, if only a little. Who woulda’ thunk that a few innings back on the field, watching a little league game could have lifted my soul so much.
Send comments to DontRushDon@gmail.com