Student-Athlete of the Week — Olivia Peplowski 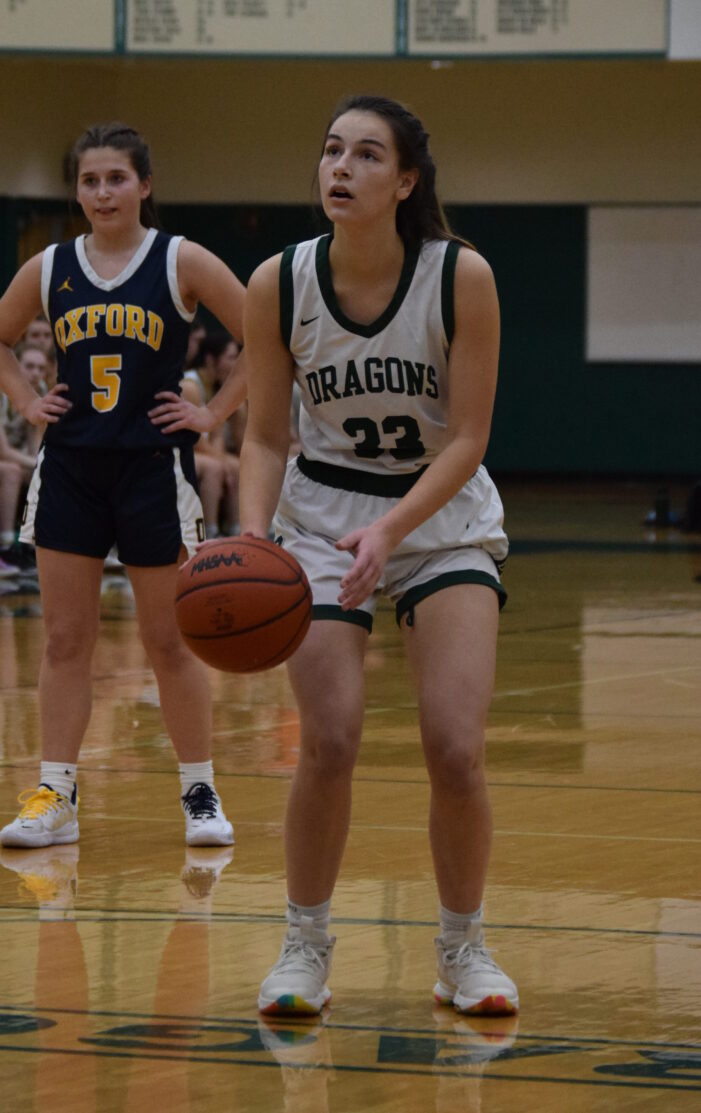 A 3-year member of Bob Brydges’ teams, as well as a standout first baseman on the diamond for Joe Woityra, senior Olivia “Liv” Peplowski has played a major role in the rejuvenation of the girls’ basketball program at Lake Orion High School.

As a junior in 2020-21, she contributed off the bench, helping the team to their fourth league title in school history and the program’s first since the 2008-09 campaign. This year, she took on a greater role, starting all 20 games for a team that wrapped up their regular season at 15-5 (10-4 Oakland Activities Association White Division).

Playing a significant part in the turnaround of the program, Peplowski highlighted two moments that have secured a special place in her memory during her time on the hardwood.

“One was Senior Night last year,” she began. “I had a lot of good friends on the team last year that were seniors, like Meghan Marshall and Sydney Maddox. They were really close to me, so that whole night last year was really emotional. You’re nostalgic, but you’re also sad it’s over, but it was good.

“Also, last year, the game where we knew we had won the league was really cool because – let’s be honest – girls’ basketball here has never been super successful, so it was cool that we could get our year up on the board.”

While they dropped their last two games of the regular season, Peplowski and her teammates have continued to build off the momentum they established last year by winning 75 percent of their games, including posting a 3-1 mark against the OAA Red Division.

The Dragons will begin postseason play on Monday, February 28 by battling the Rochester Adams Highlanders in a Michigan High School Athletic Association (MHSAA) District No. 5 Semifinal at the friendly confines of Lake Orion High School at 7 p.m.

Both residing in the OAA White, the Dragons won both regular season meetings with the Highlanders.

After the 2020-21 slate was heavily impacted by coronavirus (COVID-19) protocols, Peplowski pointed to the return to normalcy this year helping the team form tighter relationships, which has undoubtedly played a role in their on-court success.

“What I’ve enjoyed this year is everyone is kind of coming together after the whole COVID season last year when we couldn’t really hang out as much as a team,” she said. “This year, we kind of got back to more of the chemistry aspect of it and become more of a family rather than just teammates.

“That’s where you build relationships to carry onto the court to build better chemistry, so this year, we’ve definitely become more of a family in that aspect, which has carried over to games.”

An outstanding tradition, the Lake Orion girls’ basketball team has a couple of underclasswomen say a few words to the crowd about the impact each 12th grader has had on them during the program’s annual Senior Night ceremony.

When Peplowski’s teammates were speaking about her during this year’s ceremony, which was held on February 16 following a victory over the Troy Athens Red Hawks, they pointed out how smart she is by mentioning she has a 4.2 GPA.

This was quite the compliment, but this number was a little bit low as her actual GPA is an astonishing 4.35.

Challenging herself to be her best by enrolling in difficult classes, Peplowski also credits her mother, Violet, for providing the foundation for academic success.

“I’ve always worked really hard to do my best at it and I know this sounds kind of cheesy but I kind of like it sometimes. I like the challenge of putting myself in hard classes and doing well.”

Following her graduation from Lake Orion, Peplowski plans to study Biomedical Engineering in college and has narrowed her choices to either the University of Michigan or Michigan State University.

Fortunately, she still has plenty of time to make her final decision and a postseason basketball run – plus an entire softball season – to enjoy before departing for either Ann Arbor or East Lansing.

Student-Athlete of the Week — Olivia Peplowski added by mmkelley on March 9, 2022
View all posts by mmkelley →