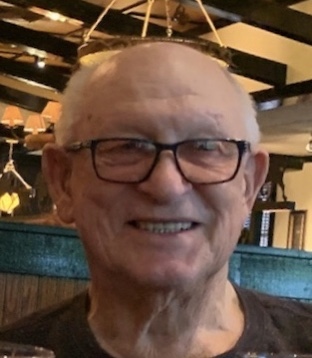 Joseph Patrick Strzelecki of Oxford passed away peacefully Monday, June 22, 2020 at the age of 87.

He is preceded in death by his parents Stephen and Mary Strzelecki (Hejnosz) of Pontiac, brother-in-law Gary Merwin of Lake Orion, brother and sister-in-law Stephen and Jean Strzelecki of Holly, and grandson Joseph J. Armstrong (Marianne) of North Branch.

Joseph retired from General Motors in 1985.

He was a Veteran of the Korean War where he served in the U.S. Army, United States Medical Detachment 759th Tank BN, and received the National Defense Service Medal and Army of Occupation Medal (Germany).

In his retirement he built several homes with his sons and was always helping others. He loved having his family and friends at his home to celebrate holidays, Paczki, and graduations.

You could often find him on his deck with his grandchildren, watching the sports tournaments in the backfield.

He enjoyed his bowling and golf leagues, was a dedicated father, grandfather, godfather, uncle,and friend to everyone he met.

He enjoyed riding his four-wheeler and camping up north with his sons, brother, nephews, and great-nephews throughout Michigan, and was known as “Senator Strzelecki” on the trail.

There wasn’t a person Joe met who did not become family. His heart and home was open to all.

Joe was most proud when President Donald Trump responded to his correspondence regarding his concern for our country. He loved the United States of America.

The family will welcome friends for visitation on Wednesday, June 24, 2020 from 4-7 p.m. at Sparks-Griffin Funeral Home, Lake Orion.