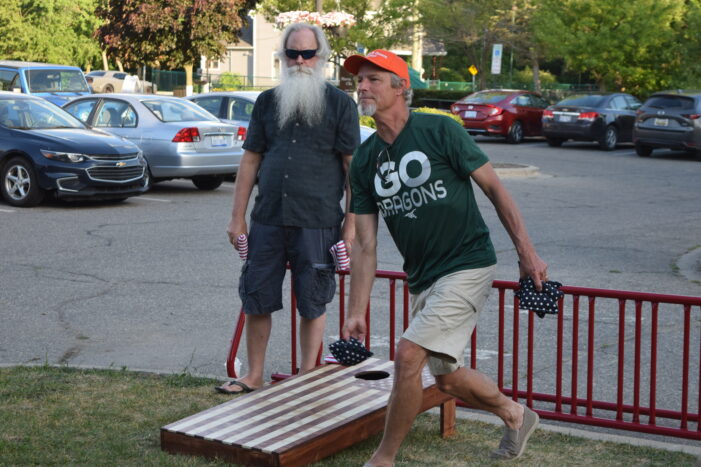 The Sons of the American Legion Post 233 have started a Cornhole League in downtown Lake Orion as a fundraiser for the SAL.

There are 12 teams in the league and 12 area businesses are sponsors for the season, each getting their name on a custom-made cornhole board, said Lloyd Coe, a member of the Sons of the American Legion who helped organize the league.

While the league is a fundraiser for the legion — which, like many organizations in the age of the COVID-19 pandemic are looking for fundraising activities — the members also want to support the downtown businesses and bring people out to the village for an evening.

“The goal is to try to help other businesses, too. The people playing will move around to various locations in town and, hopefully, people will come and watch, too,” Coe said. “Come downtown, support the Legion, support Lake Orion businesses and watch the cornhole league.”

The league will run until August, with an end of the season tournament at American Legion Post 233, 164 S. Broadway St.

Cornhole began on Thursday but is off this week due to the Fourth of July holiday. The next competition date is July 9.

Sons of the American Legion start Cornhole league in Lake Orion added by mmkelley on July 1, 2020
View all posts by mmkelley →