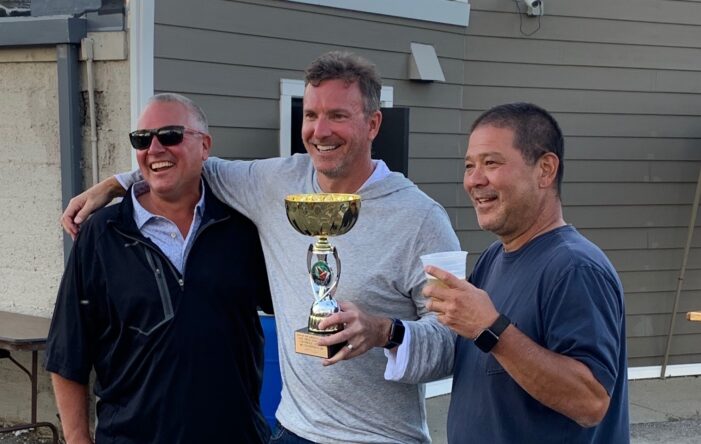 It was such a surprising success the first time around this summer that now the Sons of the American Legion Squadron #233 are continuing their cornhole league this fall.

Area businesses, organizations and individuals are sponsors for the season, each getting their name on a custom-made cornhole board, said Lloyd Coe, a member of the Sons of the American Legion who helped organize the league.

Ten teams have already signed up for the fall league, so there are still spots for teams of up to four players ($60 per team) to join, and some sponsorship opportunities. Call Lloyd Coe at Ed’s Broadway Gift & Costume, 248-693-4220, for information.

While the league is a fundraiser for the Sons of the American Legion, the members also want to support the downtown businesses and bring people out to the village for an evening.

“It was a lot of fun. I know a lot of people hung around downtown and supported local businesses, which is what we wanted,” Coe said. “The people playing will move around to various locations in town and, hopefully, people will come and watch. Come downtown, support the Legion, support Lake Orion businesses and watch the cornhole league.”

The Fork ‘n’ Pint team claimed the championship in the inaugural season of the Lake Orion Downtown Cornhole League.

Sons of the American Legion look to expand fall cornhole league added by mmkelley on September 2, 2020
View all posts by mmkelley →