Some thoughts for these ‘Dark’ times 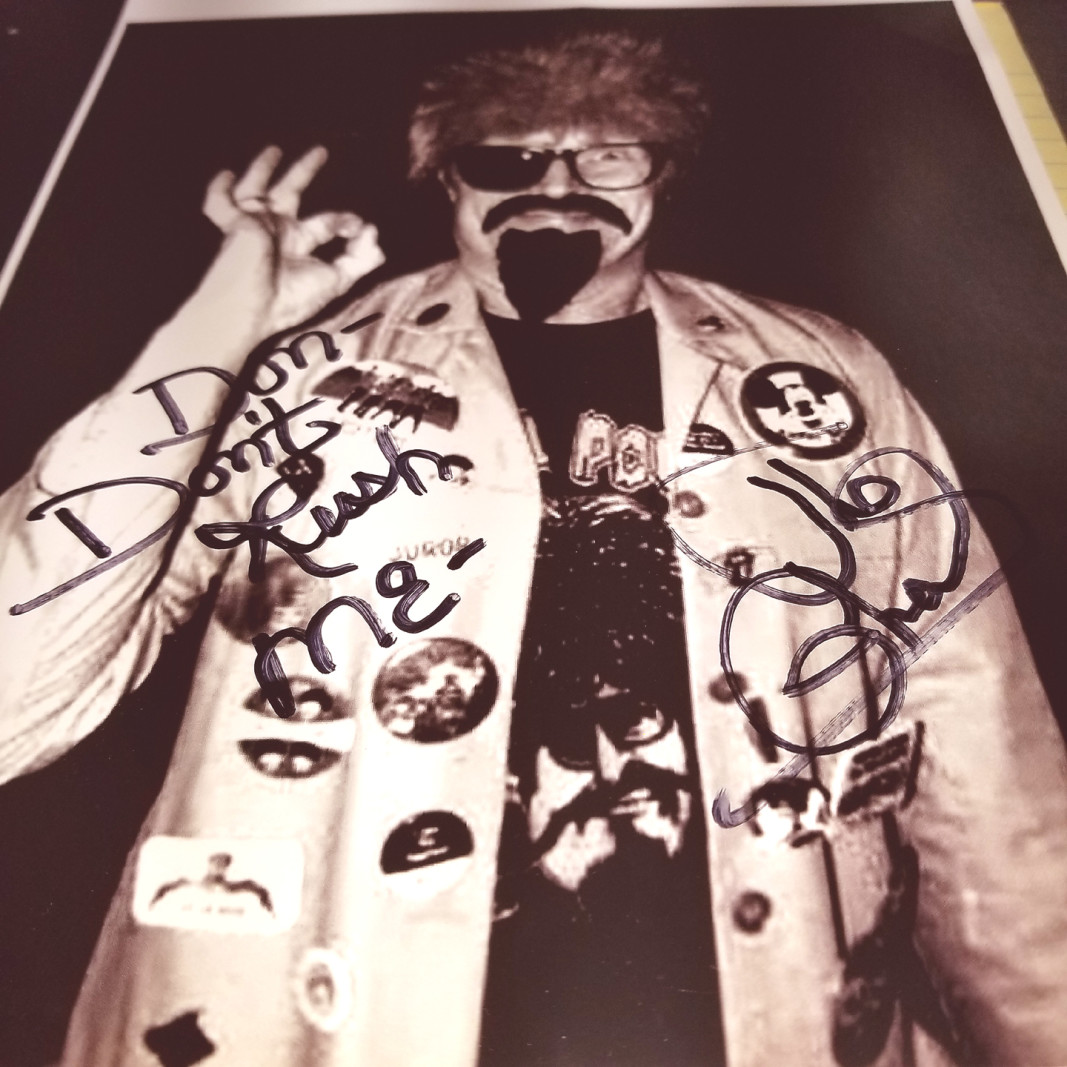 Man, the times are dark! Not doomsday dark, just not light. Finding it harder to get up at 5:30 in the morning these days. Six is a little easier, but still not as easy as when it the sun rise was something earlier than 8:05 in the morning. Maybe this year I will like “falling” back when we turn back our clocks before snoozing on Saturday night.
I will let you know how it works out for me next week!

Last week was a banner week for one Dandy Don Rush! Dropped off at The Clarkston News office were four items of interest.
First, Clarkston Construction Tech instructor Jeff Peariso dropped off three things that are pretty cool. Seems the kids in the CCT can, with lasers and computers and other magical technology can, for the lack of a better word “etch” things onto other things. They etched the letter “R” onto a glass and they “etched” my mug onto a piece of wood and a pumpkin! Check it out!
Many thinks to Jeff, instructor Steve Wyckoff and all the young men and women of the CCT crew! Awesome job.

Fellow Clarkston High Schooler from way back when, Greg Simmons called me the other day when I was in my Oxford Leader office.
“Don, when are you gonna’ be available? I have something for you.”
Well, I wasn’t sure if this was gonna’ be a good thing or a bad thing. Aside, from the surprises from the CCT kids mentioned above, when someone wants to meet up with me to give me something it usually a letter complaining about a recent column, opinion, etc. So, with trepidation I spoke into the phone receiver and told Greg I’d see him in about an hour.
We met up at 5 South Main Street an hour later, and in his hands Greg held a big manila envelope.
“I don’t know if you’re going to like this, Don,” said Greg, “But . . . “
And, he opened the envelope and pulled out a picture . . . no, not of me doing something my mom would be ashamed of . . . of Ron Sweed, aka The Ghoul. For those old enough to know, The Ghoul was a late night movie host in Detroit. He showed “B” horror movies, liked Cheese Whiz and blowing up things like his sidekick, rubber doll, Froggy.
Apparently, last Halloween time, Greg went to a bar where the Ghoul made an appearance. He stood in line, not once, but twice to get autographed photos of said Ghoul. On mine, Sweed wrote, “Don — Don’t Rush Me.” — The Ghoul.
This photo will go with my postcard from Sir Graves Ghastly I received back in the fourth Grade. (Sir Graves was a Saturday morning TV host, who showed “B” horror movies, too. He didn’t blow stuff up.)
THANKS, GREG!

Another Clarkston grad, Steve Percival is running to retain his seat as the Mayor of the City of The Village of Clarkston. Why anybody would want to run for public office I don’t know, and can maybe be a future column. But Steve wants to. Bully for him.
What you may not know about Steve. After graduating from CHS, he went on to serve his country as a member of the United States Army. A decorated veteran, Steve served seven years, including a stint with the Army Counterintelligence.
After retiring from the service he worked as a teacher and administrator in several schools, including Children’s Village and Baker College. He is a Master Mason, volunteers in many ways in the community including schools, American Legion, and Children’s Village.
Steve is a worthy person to re-elect as Mayor.

Lake Orion Schools Superintendent Marion Ginopolis reached out to me the other week, hoping I would say something good about that district’s bond proposal. I have not, personally, paid a lot of attention to this issue. I know we have written a ton in The Lake Orion Review and published lots of opinions for and against.
I am sure the district needs the funds for future capital improvements within the district. If you want to see what Marion says about the bond, go to www.lakeorionschools.org/district/bond-2018 and scroll down to the video of Marion at the bottom. It’s about half an hour long.
Happy Halloween, don’t forget to turn back you clocks and get out and vote November 6!

Some thoughts for these ‘Dark’ times added by Don Rush on October 31, 2018
View all posts by Don Rush →