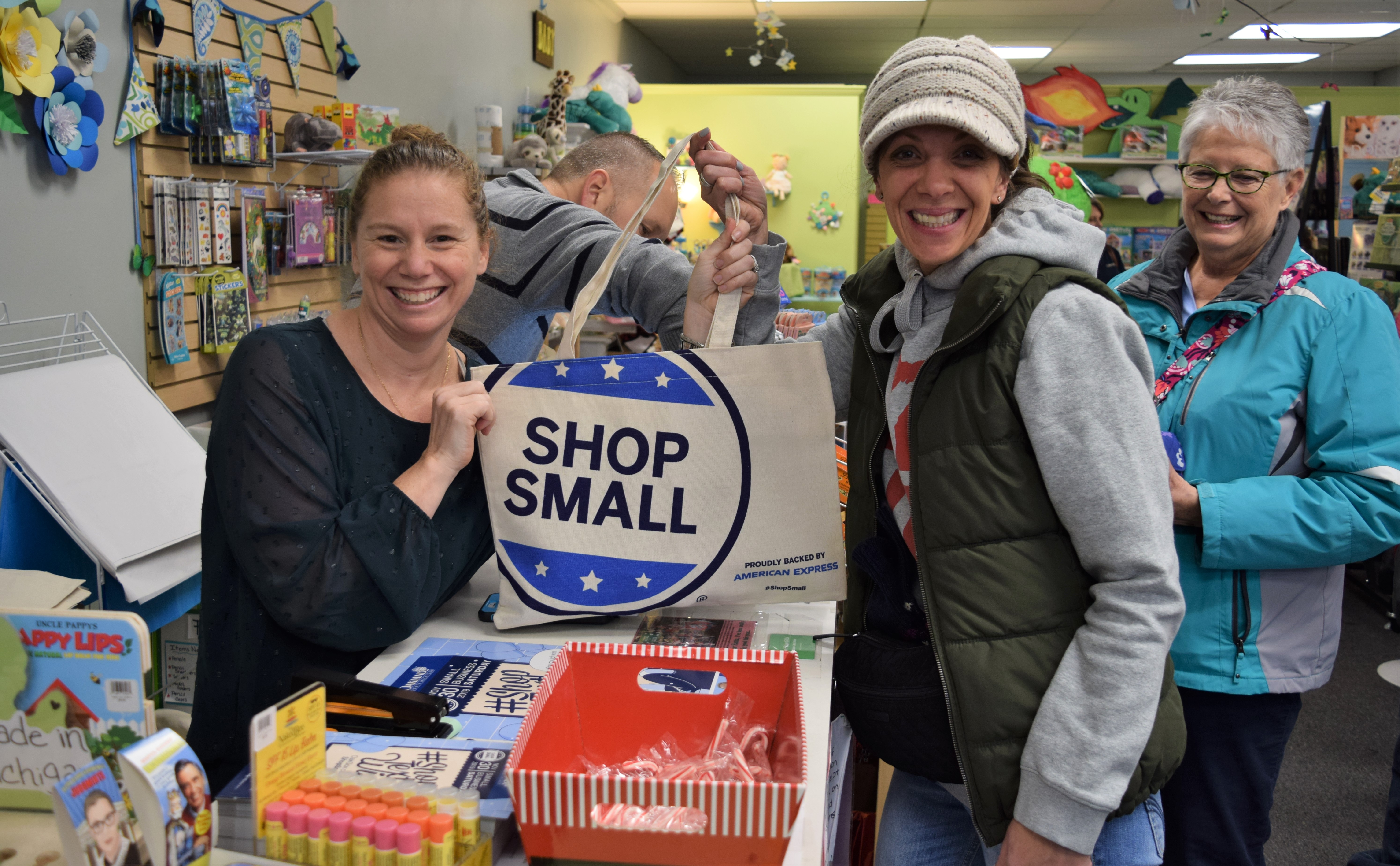 “We had somewhere between 150 and 200 people come to our booth,” said Downtown Development Authority Events Coordinator NJani Payne “We gave out about 130 of our Passport Contests”

Not only were the downtown shops getting a lot of attention, so were several upcoming businesses, restaurants and other projects.

“In the streets there were just tons of people,” Payne said. “All the restaurants were packed…people were interested in the new apartment building going up and all the new restaurants. People were just excited about the holiday season and everything that’s coming up.”

From 10 a.m. to 2 p.m., all of Oakland County participated in the “Shop TextWin” contest. Purchases made at small businesses automatically made the shopper eligible to enter the contest, with the possibility of winning several cash prizes. Additionally, shoppers in downtown Lake Orion are eligible to win one of three prizes provided by the DDA.

“They have the opportunity to win $5,000, $2,000 and $1,000 from Oakland County, plus there are there prizes for local shoppers in downtown Lake Orion,” said DDA Executive Director Molly Lalone.

Purchases made at participating businesses on Nov. 30 in Oakland County can be entered into the “ShopTextWin” contest; just remember to save your receipt. Then text “ShopTextWin” to 41411 and you will receive a link to the registration page. Follow the instructions and be sure to submit your receipts by Dec. 3 for your chance to win.

Along with the “ShopTextWin” contest, shoppers who make four purchases of $25 or more at downtown businesses can earn prizes through the “Passport” contest. Receipts can be brought the DDA office located at 118 N. Broadway. The Passport contest will continue until Dec. 16, giving shoppers extra time to fill up their cards.

According to LaLone, as of Dec. 2, several shoppers had completed their first row on their Passport card. Filling additional rows earns additional prizes.

During the holiday shopping season, it is important to support small businesses, especially in communities such as Lake Orion, she said.

“Sixty-seven cents of every dollar stays in the community when you shop at a small business,” said Jennifer Meier, owner of Green Hippo Gifts.

“We all gain when people support small businesses.”

Shop Small Saturday another success for downtown businesses added by mmkelley on December 4, 2019
View all posts by mmkelley →