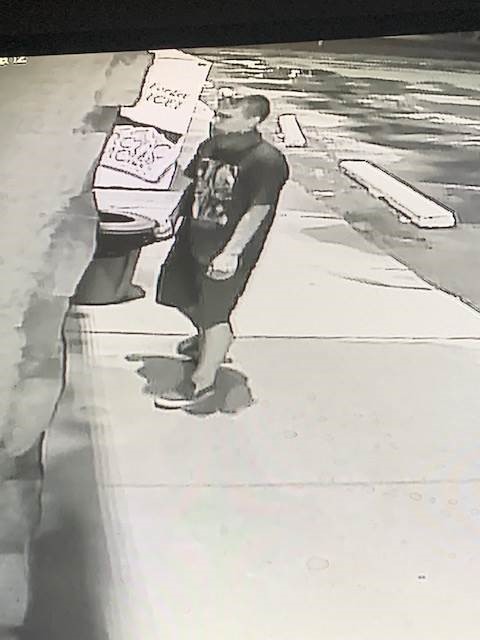 The Oakland County Sheriff’s Office has released  security camera photo of a suspect who may have broken into a local business. If anyone can identify the individual they are asked to contact the OCSO Orion Township Substation at 248-393-0090.

The suspect is described as a white male wearing a Motley Crue “Shout at the Devil” t-shirt. The vehicle the suspect was driving may be a Chevy Malibu Maxx hatchback (2003-2007), authorities said.

Deputies went to Star Vape & Glass, 3890 Joslyn Rd., at 12:08 a.m. June 12 for a burglary alarm. When they arrived, they saw that the entry glass door had been broken and a wooden broom stick handle was on the ground.

They requested a K-9 for a track in case the suspect fled on foot. A K-9 deputy searched the area but the track was unsuccessful.

A sheriff’s office evidence technician processed the scene for fingerprints. The wooden stick was placed into evidence. Security camera footage was collected